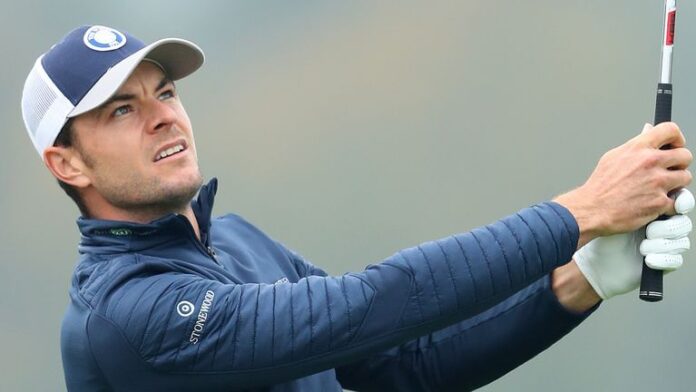 Laurie Canter carded the lowest round of his European Tour career to open up a four-shot lead after the opening round of the Italian Open.

The world No 227 fired an eagle and ten birdies on his way to a bogey-free 60 at Chervo Golf Club, where preferred lies were in operation, to set a clubhouse target that nobody came close to matching.

Joachim B Hansen birdied four of his last five holes to close an eight-under 64 and sit tied-second with South Africa’s Dean Burmester, with England’s Richard Bland one of five players sharing fourth spot on seven under.

“It feels great,” Canter said. “The score, days like that, the back nine there, everything’s gone in. I gave myself some chances and it was just one of those days where you’ve just got to enjoy the ride.

“I think it’s playing quite long and it definitely helps being able to hit it straight and that’s something I’ve been able to do most of this year so far. I like the golf course but I think obviously a lot of things have gone right today to help me shoot that.”

Beginning on the back nine, Canter holed a 20-foot birdie at the 11th and rolled in a 30-footer at the par-three 14th, with three straight gains from the 16th seeing the Englishman reach the turn in 31.

Canter made back-to-back birdies from the third and made a 15-foot eagle at the par-five sixth, before signing off his blemish-free card by following a five-foot gain at the seventh by picking up shots from 25 feet at the eighth and 15 feet on the ninth.

Burmester also made a bogey-free start to join Hansen four off the pace, with Bland a further shot back alongside Adri Arnaus, Wil Besseling, Oscar Lengden and Damien Perrier.

Defending champion Bernd Wiesberger birdied the last to post an opening-round 67, while Scott Jamieson carded a hole-in-one at the par-three second to help him to a four-under 68.

Watch the Italian Open throughout the week live on Sky Sports. Live coverage continues on Friday from 11.30am on Sky Sports Golf.