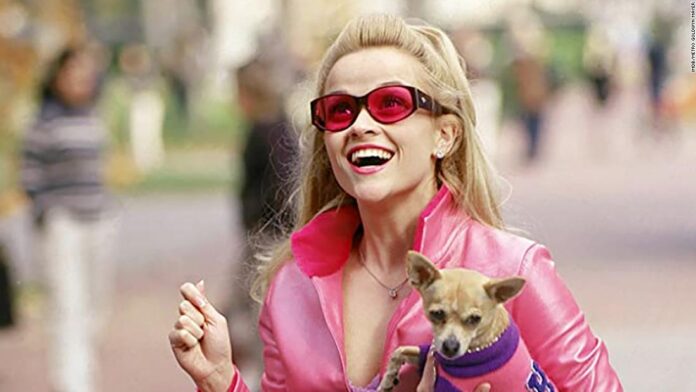 MGM announced on its Twitter account this week that the film is coming — just later than fans expected.
“Elle Woods is back! Legally Blonde 3 coming May 2022. We rest our case.”
Reese Witherspoon played Woods in 2001’s “Legally Blonde” and its 2003 sequel.
The news about the film comes just a day after Witherspoon hosted a “Legally Blonde” virtual reunion featuring Luke Wilson, Selma Blair, Jennifer Coolidge, Holland Taylor and many more.
During the reunion Witherspoon became emotional, saying, “I can’t tell you what it means to me to see your faces. This was my college. This is where I went to college. I didn’t finish college but I finished ‘Legally Blonde.’ We all worked together and made this movie together that has inspired so many young people. It’s just such a gift. Every time people come up to me and tell me they love this movie, I give it all to you, I share it all with you all.”
The “Legally Blonde” franchise followed a perpetually positive Woods as she pursued a law degree at Harvard University and then later a career in politics.