Home Lifestyle Everyone Is Leaving Cities This Year. These Are the Things No One... 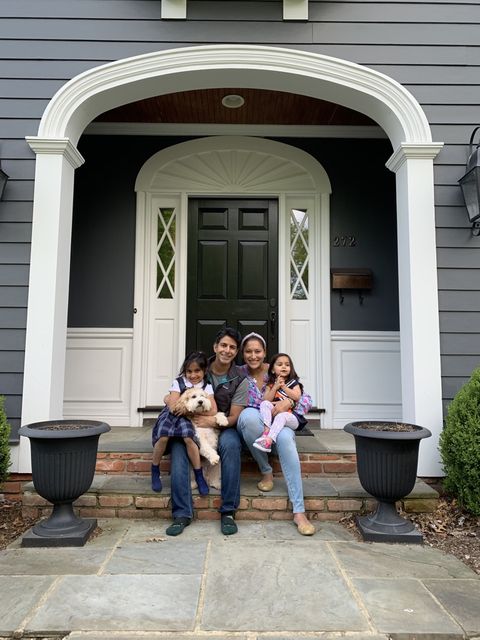 I still remember the day I told my husband, he was “ruining my life.” It was an oddly clear San Francisco day in April 2017 and we had just finished having lunch. In a couple of weeks, I’d be returning to my job as a reporter for Fortune Magazine after taking a few months of maternity leave, and I was trying to enjoy my final days of total freedom with a leisurely walk in the middle of the day.

That’s when my husband, Suneel, told me he wanted to leave San Francisco, move back to his hometown in Michigan, and run for Congress. Tears flooded my postpartum eyes; there were a lot of “absolutely nots” and “fuck nos” thrown around. But over the following weeks, my stance softened. It was 2017, a couple of months after President Donald Trump was sworn in—in part, by winning Michigan—and deep down, I felt as strongly as Suneel did about helping a swing state turn blue.

So, we made a deal. If he lost his election in 2018, it was solely my choice on where we would move next. I felt certain that if he didn’t win, we’d move back to San Francisco, or to New York City, where I’d spent most of my twenties. And that’s how, after nearly a decade of living in California, I agreed to pack up our apartment and two little girls and move to a small Midwestern suburb called Birmingham, Michigan.

The day we closed on our house in Birmingham Michigan.

The first week was a blur of Target and Home Goods runs. I remember thinking, the streets are so wide, there are so many trees and Ford Explorers everywhere. One evening, unpacking what felt like the millionth box in a row, our doorbell rang. I just knew it would be a neighbor complaining about the big moving truck parked out front that had been blocking most of our street for days. Instead, the woman at the door—our new neighbor Jenny—handed me a plate of freshly baked chocolate chip cookies, along with she and her husband’s cell phone numbers, “in case we needed anything at all.”

There’s a saying, “proximity breeds intimacy,” but in a place like San Francisco, I lived on top of people without ever exchanging names, let alone baked goods. The only person whose number I had in case of emergencies was our part-time babysitter. When I was nine months pregnant, and my husband needed to travel for work, she was the one I planned to call if I started having contractions and needed to go to the hospital.

I soon discovered that while suburban Michigan was much less dense, it was much closer knit. When temperatures started dropping to the single digits I feared, I found myself drinking eggnog and even singing carols in living rooms around the neighborhood. I bundled up and walked my daughters to playdates with new friends. We were officially in “hibernate” mode, but so was everyone else. 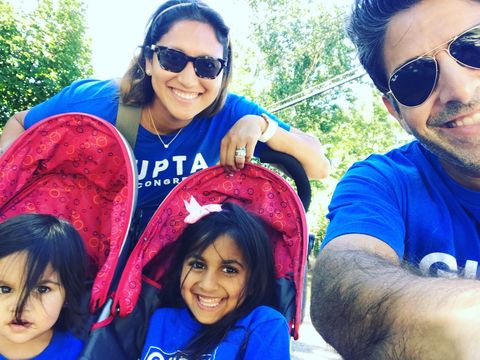 Suneel, the girls, and I knocking on doors as part of my husband’s campaign.

Months later, as the snow began to thaw, people rejoiced with backyard barbecues and street parties, a palpable “we made it” vibe in the air. None of this converted me to a cold-weather fan, but it did help me understand how people in the Midwest wear enduring winter as almost a badge of honor.

For the first time in my life, I was beginning to understand what people meant by community. I had people who wanted to be there for me, and they knew the feeling was mutual. New friends passed out fliers for my husband’s campaign and held fundraisers. They drove my daughter to activities when I’d have to travel for work.

I felt even more supported this year during COVID. During our Shelter in Place order, my youngest daughter suffered a bike injury, splitting her finger open. One of our close friends and neighbors, an ER doctor who was about to work a night shift at her hospital, rushed to our house to check on her, escorted us to the nearest urgent care, and waited until we were able to determine what the next steps were for our daughter. Another close friend dropped off freshly made Indian food every week, without fail, for no reason, other than to help ease the challenge of cooking every meal during the pandemic. 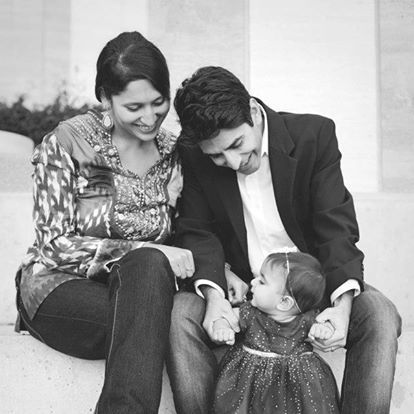 Our family photo taken shortly after we moved to San Francisco. 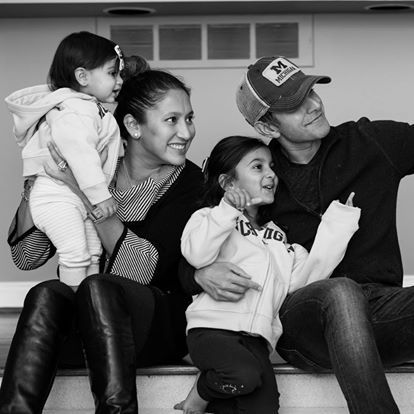 Our first family photos for the campaign, taken just after we moved to Michigan.

During my first years in Michigan, very few called to ask me for advice about leaving a city behind. (Actually, I can count the number of people: one. One person called me for advice). But this year, I’m suddenly super popular. Over the past few months, I’ve heard from over a dozen friends. (Honestly, I think I’m losing count!) They ask, Can we still walk to get their morning coffee? What’s it like without public transportation to take your kids to school? Does DoorDash deliver to the burbs? What types of coats protect you from below zero temperatures? Oh god, remind me, how does one procure a driver’s license?

I tell them everything I’ve just told you—about the closeness and community I have found here—but I also share the flip side of the coin: That not all members of our new community embraced us. In my years living in San Francisco, no one ever made a comment about the color of my or my family’s brown skin. It’s not to say racism didn’t exist in California, but it wasn’t something I personally experienced. But in parts of Michigan, when my husband and I knocked on doors for his campaign, many people made their feelings clear. Door slams were accompanied with shouts of, “Get back on your camel!” or “Go back to your own country!” When I posted a photo on Facebook of us on our anniversary, one Michigan local commented that we should “deport ourselves.” (For the record: Suneel was born in a suburb of Detroit; I was born in Baltimore.) 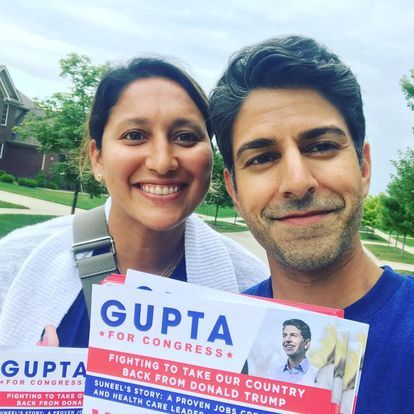 On our 9th wedding anniversary, we went knocking on doors in Canton, Michigan. When we posted this photo on Facebook, a commenter told us to “deport ourselves.”

In the aftermath of George Floyd’s death, I sat down with my eight-year-old daughter to talk about racism. Taking a deep breath, I explained to her what discrimination is, and how it is hurtful to people of color. She looked at me with wide eyes and said, “I know what that is mommy, it’s happened to me a few times.” My heart broke as she recounted in detail a story of being told she couldn’t be in a “club” with the other girls because her skin and hair were “dark.”

Close encounters with racism weren’t the only drawback I’ve experienced as a result of our move away from the West Coast. While proximity may not breed intimacy, in San Francisco, it can breed opportunity. As a technology reporter, juicy stories seemed to fall into my lap and I fed off the ambition surrounding me. Parents at my child’s preschool, who mostly worked in tech, became my sources. Standing in the line in a coffee shop, I’d hear people blurt non-public information about the latest startup they were working on.

My local Starbucks in Birmingham, Michigan is lovely, but the gossip taking place over lattes is far more relevant to the PTA than tech media. When the stories and jobs are no longer being handed to you, it forcefully gives a moment of stillness to figure out what you want in your career. In suburban Michigan, I wasn’t being approached to write stories about the buzzy new startup that had raised a boatload of venture capital from celebrities. Facebook and Google were no longer coming to me with exclusives about their latest hire or launch.

Instead, was a freelance reporter with no stories, no platform, and no relevance. It felt like our move was synonymous with demise of a career I’d worked so hard to curate. That was painful to process, and yet very liberating. I realized what that is, is to be writing stories like this for Elle, not chasing scoops on the latest Amazon acquisition. 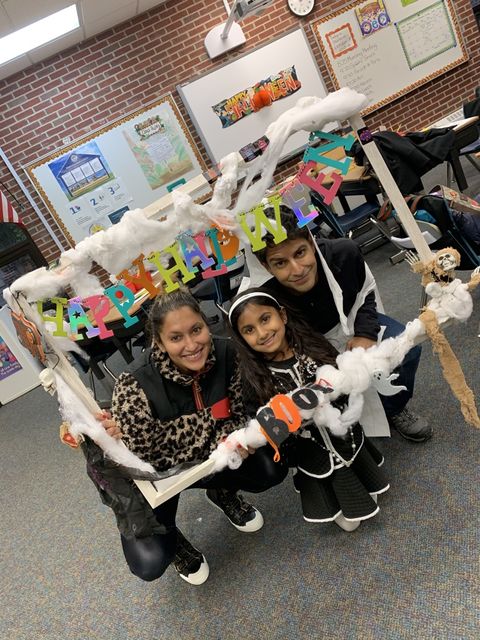 A Halloween party at our daughter Sammy’s school.

My husband ultimately lost his campaign for Congress in 2018, but neither of us forgot about the deal we’d inked the year before. A few months after his loss, he asked, “Where’s it going to be?”

I don’t think he ever expected me to say, “Here. I want to stay here.”

Even now, after three years in Michigan, I’d be lying if I told you I didn’t miss San Francisco sometimes. My life there was thrilling. Interviewing the CEOs of major tech companies, profiling celebrities, drinking wine in Napa, hiking around Marin County, scouting slick apartments we might one day be able to afford—it feels very distant from my life right now. How I’ve come to see it is: I’ve traded an exciting life for a full life. I live on a tree-lined street where my daughters ride their bikes on the sidewalks with their friends. During the days, I work on writing stories I truly care about. And on the weekends, we spend time with friends. We rarely talk about work or whose company is being acquired. And it feels great. 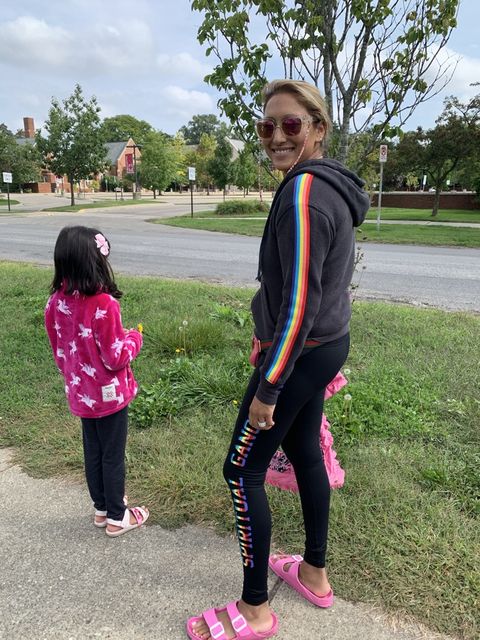 Taking a walk in our neighborhood in Michigan earlier this year.

It sometimes takes experimentation to figure out what you really want from life. To my friends who call for advice about leaving coastal cities for a “simpler life,” I encourage them to think about it as a two-way door. Give it a shot; you can always go back. And maybe you’ll learn more about yourself along the way. I learned that, for me, happiness doesn’t hinge as much on my physical location as much as it does the community that surrounds me.

Now, instead of watching the sunset over the Pacific, I watch it go down over a tiny set of Evergreen trees that line my backyard. Until now, I hadn’t believed what they said—that beauty is everywhere, if you look with love. These days when I call it a night, I lean over to give my husband a kiss, and with a smile, I whisper, “Thank you for ruining my life.”

Leena Rao Leena Rao is a mom of two little girls and a goldendoodle, and a freelance writer, based in Birmingham, Michigan.

The 20 Coolest New Menswear Picks to Scoop This Week

MacBook Pro: mini-LED displays coming in 2021, according to report