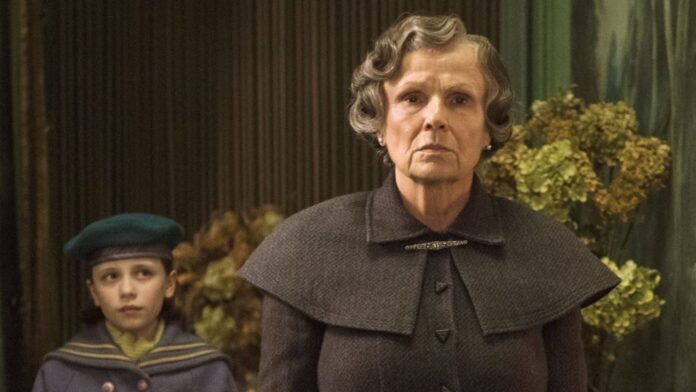 It was a mini Mamma Mia! reunion on Colin Firth’s new film, The Secret Garden, as the children’s classic saw him team up once again with Dame Julie Walters.

The 70-year-old actress recently revealed she would only consider returning from her retirement from acting if there was to be a third movie in the franchise based on the music of Abba.

Firth told Sky News he’d also like to see another film happen – but isn’t sure it will.

“We can always dream,” he said.

“The likelihood of that I can’t comment on, you know, I suppose there are more songs, or why not use them all again?”

“I’m sure that you won’t find anybody that wouldn’t be keen to show up for it.”

While The Secret Garden may not be set on a sunny Greek island, it did see the cast film outside at beautiful locations across the UK, with the North Yorkshire moors, North Wales and Cornwall among the many places visited during production.

Firth plays the lead character Mary’s sombre uncle and spends most of his screen-time inside.

But he said despite that, he too got to spend time visiting some of the country’s beauty spots.

“One of the perks of filmmaking is all too often it looks as if you’re in a beautiful place, when in fact you’re not,” Firth said.

“For me it was sort of the reverse, because the only bit where I’m outside really is towards the end when I go off looking for Colin [his son in the film], and it may not have been much screen-time, but I walk through the forest of Dean, bits of North Wales and half of Yorkshire in order to complete that little walk.

“So, I did get to see quite a lot of it and it was gorgeous.”

Like so many films this year The Secret Garden’s release date – originally in April – was pushed back because of the coronavirus pandemic.

While it is getting a cinema release, it will also be available on demand, so audiences won’t need to go to theatres in order to view it.

Firth: ‘There’s a real longing to get out there’

Asked whether the lush locations provide the perfect escapism for those feeling trapped in their homes, Firth said he wonders if people are growing tired of seeing everything through a screen while coronavirus restrictions keep them from experiencing things first-hand.

“I think it’s a bit too soon to judge the effect that COVID and lockdown has been having on us all, but it does strike me – I certainly have seen this in people close to me – that those of us who have been stuck in front of screens have had enough of that because that’s all we’ve had.

“And I think there’s a real longing now to get out there, whether it’s to connect with nature or each other, and I think maybe there’s a bit of a waking up that says screens don’t really do it.”

“So perhaps [the film’s] going to have a different resonance now than it might have done a year ago.”

The Secret Garden, a Sky Original, is in cinemas and on Sky Cinema from Friday 23 of October.