Home Culture ‘I don’t even know if I can act anymore’: Backstage With… Pixie... 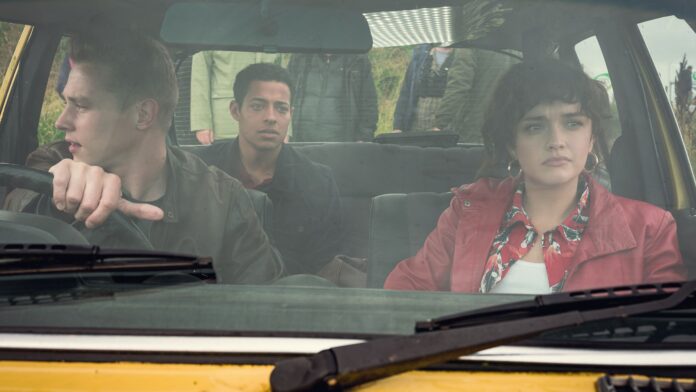 Oldham-born Olivia Cooke plays the lead in new film Pixie, but has told Sky News’ Backstage podcast she’s worried she may have forgotten how to act.

But despite her career seemingly being on the ascent, the actress said she’s not sure what her next project should be.

“I think, you know, if you would have asked me that question last year, I probably would have given a very measured answer, I’d be quite picky,” Cooke said.

“I’ve got be on something, maybe just not even put it on my IMDB, just do something really random, like a true crime re-enactment, just to get some practise in, you know.”

Cooke’s new film, comedy road movie Pixie, sees her taking on the titular character in a caper across Ireland and Northern Ireland.

She said it was a welcome change from Hollywood.

“It was fabulous, it’s just a different vibe, it feels more local in a way, and in a sense it was,” the actress said.

“The crew was all local, and in that way, you feel like you’re being dropped in to an experience that you wouldn’t necessarily have if the budget was a bit bigger and if the time in which we shot the movie was longer.

“You’re forced into this way of life, but you absolutely want to sample and throw yourself into it, which we did – having lovely pints after work… and being naughty, mischievous, that all kind of bled off the page onto the film, but then also into our personal lives whilst we were shooting as well.”

Cooke spends much of the movie – which she describes as being “In Bruges sort of tone mixed with a Western-like Butch Cassidy And The Sundance Kid” – on a road-trip with two likeable if naive guys, played by Six Underground’s Ben Hardy and Peaky Blinders star Daryl McCormack.

The three have an obvious chemistry on film, and Cooke says it’s something that came naturally.

“We had a bit of rehearsal, and it was just, it was pretty instantaneous and easy,” she said.

“We’re so lucky, because it’s not often the case and especially because it was gonna be just us three the whole way through, and so it was lucky that we did get on so well.”

Spending so much time in close quarters together meant the trio really got to know each other, and while Cooke is too discreet to reveal any bad habits that the boys have, she did learn a lot about them.

“Daryl can do this thing with his eye… it looks like one eye is being absorbed into his skull and the other is bulging forward, and it’s so terrifying,” she said.

“And then Ben’s quite a good little singer.”

She says one of his party pieces was “Jojo, Leave (Get out)”, adding, “If you look it up you will recognise that song, it’s quite a belter, and it’s quite high.”

Pixie is out in cinemas now. Hear more about it in this week’s episode of Backstage podcast.