Home Culture ‘I could only bring half of me’: Adele jokes about weight loss... 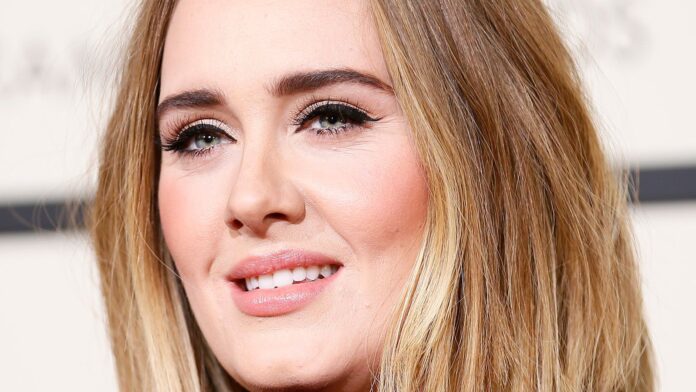 Adele has appeared as a host on Saturday Night Live, joking about her weight loss and explaining to fans why her next album is unfinished.

The singer, 32, returned to the sketch show for the first time since 2015, when she appeared as a musical guest.

Singer songwriter H.E.R appeared as a guest and Adele said she was only hosting because “my album is not finished and I’m also too scared to do both”.

“I would rather just put on some wigs – and this is all mine by the way – have a glass of wine or six and just see what happens.”

There had been speculation that Adele‘s high-profile presenting role could mean she’s on the verge of releasing new music.

Referring to her weight loss, she added: “I know I look really, really different since you last saw me but actually, because of all the COVID restrictions and the travel bans, I had to travel light and only bring half of me – and this is the half I chose.”

She also gave a “genuine, sincere thank you” to New York’s frontline workers and said she didn’t want to say anything too political on the eve of a presidential election.

Adele, who split from husband Simon Konecki last year, delighted the audience by belting out her 2011 ballad Someone Like You.

The show included a sketch based on the last presidential debate with Maya Rudolph as moderator Kristen Welker and Alec Baldwin and Jim Carrey playing Donald Trump and Joe Biden respectively.

Kate McKinnon appeared as Mr Trump’s personal lawyer Rudy Giuliani, following the controversy over his appearance in the Borat sequel.

Sacha Baron Cohen’s Borat Subsequent Moviefilm shows Mr Giuliani in what appears to be a compromising position in a hotel room with a young woman acting as a journalist.