Home Sport How did he do that? Raikkonen’s astonishing first lap 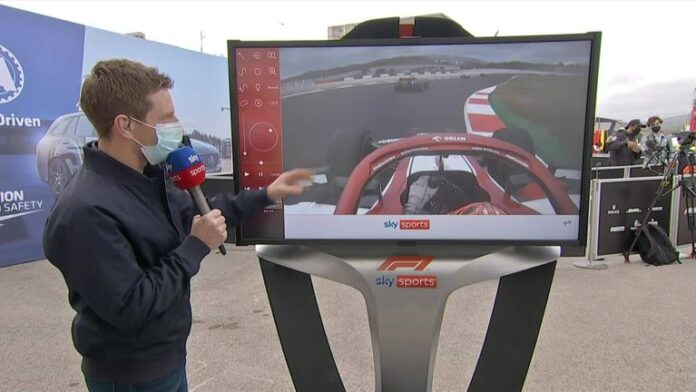 Kimi Raikkonen has probably seen and done it all in a Formula 1 career that has recently broken records for its longevity in terms of race starts.

But it is arguable whether the 41-year-old had ever experienced quite the first two laps to a race as he did in Portugal on Sunday.

Starting from 16th place in his Alfa Romeo as the race got underway in light rain, Raikkonen gained an astonishing nine places on the opening tour – despite initially losing one position to team-mate Antonio Giovinazzi into turn one.

Seventh and in the points as the first lap ended, the 2007 world champion immediately gained another place from Ferrari’s Charles Leclerc down the pit straight for sixth. He then almost followed that up later around the second lap with a pass on Max Verstappen’s Red Bull.

Analysing Raikkonen’s incredible early surge on the SkyPad in the video above, Anthony Davidson said: “Unbelievable stuff from Kimi! I think those laps should have given him driver of the day alone.

“He really deserved some points and at least some credit for those opening couple of laps.”

This start from Kimi Raikkonen… 😳🤯

Unfortunately for Raikkonen, the storming start did not ultimately yield a points-paying finish, with the Finn overtaken late on for 10th by former team-mate Sebastian Vettel after dropping back down the order.

“We had a very good first couple of laps, I put myself in a good position and was able to pass a lot of cars,” said Raikkonen, who finished 11th.

“But it doesn’t really matter in the end as we got nothing out of it.”

And what about Sainz’s mega race-leading start?

While Raikkonen’s stunning early surge look place out of the limelight back in the pack, Carlos Sainz’s own electric getaway further up the field proved to be very much at the forefront of proceedings in the Grand Prix.

The McLaren driver started seventh but ran second by the end of the first lap ahead of pole-sitter Lewis Hamilton, before then taking the race lead from the other Mercedes of Valtteri Bottas. Sainz led for four laps the Mercedes pair repassed him as their tyres came up to temperature.

“It was indeed [enjoyable]. It was all about getting the tyres up to temperature in the formation lap once I saw those drops,” Sainz told Sky F1.

“I was trying to enjoy those conditions, embrace them and try to hassle the car around a bit to get the tyres to work. I really enjoyed those first few laps, got to lead the race, but unfortunately, we opened up the graining [on the tyres].”

Unlike Raikkonen, Sainz did still score points – and took sixth off Racing Point rival Sergio Perez on their final lap.