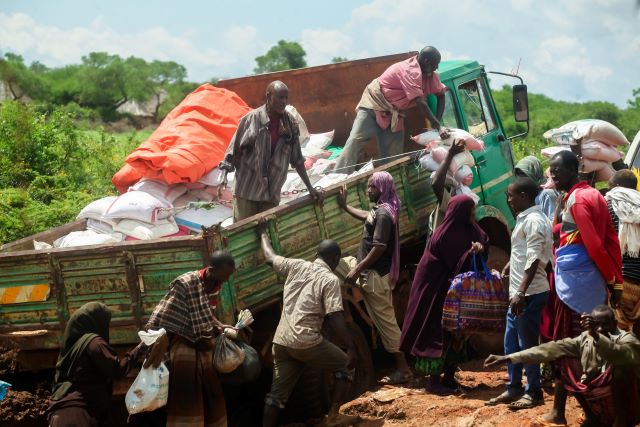 Despite some improvement in the overall food security and nutrition situation in Somalia, 2.1 million Somalis could face acute hunger in the absence of humanitarian assistance between now and December 2020, according to the latest post-Gu joint seasonal assessment results released by the Food Security and Nutrition Analysis Unit (FSNAU) of the Food and Agriculture Organization of the United Nations (FAO) and the Famine Early Warning Systems Network (FEWS NET).

“It is good news to know that the ‘triple threat’ that Somalia has been facing since April did not cause the anticipated magnitude of food insecurity and malnutrition, partly due to the sustained and large-scale humanitarian assistance. Nevertheless, the worrisome rainfall outlook for the remainder of this year and first half of next year, effectively resulting in two back-to-back poor rainy seasons, forces us to remain vigilant to avoid a regression to a potentially rapid and drastic deterioration of the humanitarian situation in Somalia, in particular in rural areas,” said Adam Abdelmoula, Deputy Special Representative of the Secretary-General, Resident and Humanitarian Coordinator for Somalia.

Several factors have contributed to reducing the number of Somalis facing acute food insecurity compared to earlier projections. Among them, the report highlights the lower than expected decline in livestock exports and remittances received by households, the mitigated impact of desert locusts through control operations and surveillance, as well as the decisive role of large scale and sustained humanitarian assistance and Government support.

“Government-led control operations, supported by FAO, are making some progress against desert locust swarms in northern and central Somalia. However, the battle is not yet over as we are facing a new wave of swarms moving from eastern and central regions of the country to southern states which can cause disaster and seriously impact the agricultural fields and the livelihoods and food security of farmers in these vulnerable regions. Ongoing surveillance and control operations must be scaled up to reduce the growing threat and impact of desert locust on pasture and crops throughout Somalia” said His Excellency Mr Said Hussein Iid, Minister of Agriculture and Irrigation, Federal Government of Somalia.

The FSNAU-FEWS NET report warns that humanitarian needs could further increase in 2021 due to the influence of complex weather pattern La Niña, which happens every few years and could potentially trigger drought conditions in Somalia as a result of poor rains during the 2020 Deyr rainy season (October to December), as well as poor or delayed rainfall performance expected in 2021 following a harsh dry Jilaal season (January to March).

Drought conditions could further trigger internal population displacement on top of the current 2.6 million internally displaced persons across the country.

The report indicates that 850 000 children face acute malnutrition in Somalia, including 145 000 who could become severely malnourished over the next 12 months.

According to FSNAU-FEWS NET, the situation is likely to worsen due to seasonal factors, as well as an expected deterioration in food security conditions (access to milk, declining household cereal food stocks and increase in cereal prices). The assessment recommends that ongoing nutrition interventions should be expanded to areas that currently have low coverage.