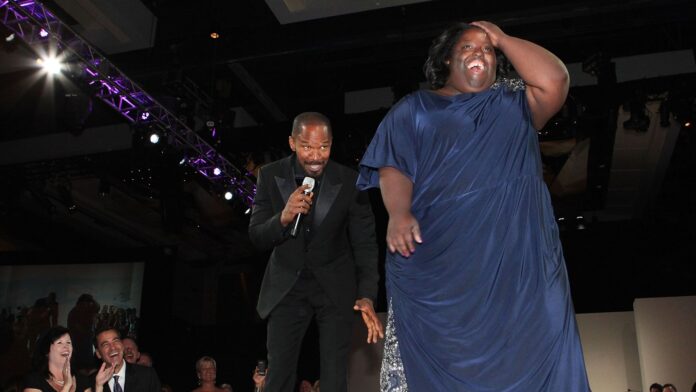 Jamie Foxx has said his “heart is shattered” in a moving tribute to his sister DeOndra Dixon, who has died aged 36.

The Oscar-winning actor, 52, confirmed the news in an Instagram post on Monday along with pictures of the pair.

“My heart is shattered into a million pieces… my beautiful loving sister Deondra has transitioned…,” Foxx wrote. “I say transitioned because she will always be alive… anyone who knew my sis… knew that she was a bright light…”

Ms Dixon, who was born with Down’s syndrome, is reported to have died on 19 October, according to People.

Her death first came to light last week when singer Chris Brown posted and deleted an emotional tribute on Instagram with a picture of Ms Dixon and Foxx dancing at a fashion show.

Brown, 31, wrote: “Lost one of my best friends and one of the most beautiful souls I know. REST IN PEACE sis. WE WIL (sic) DANCE AGAIN ONE DAY…I LOVE YOU.”

Foxx referred to Brown in his own tribute, writing: “I can’t tell you how many times we have had parties at the house where she has got on the dance floor and stolen the show… even gave her boyfriend @chrisbrownofficial a run for his money…”

Ms Dixon loved to dance and appeared with Foxx on the Grammys stage as well as star in his video for his song Blame It.

She was also a global ambassador for the Global Down Syndrome Foundation, which described her as a “true angel looking down on us” in its own emotional tribute.

It added that her family “treated her like any other family member”.

“We have lost our talented, intelligent, feisty, beautiful, kind, loving, caring, pure and giving heart,” the tribute read. “Everyone at the Global Down Syndrome Foundation is in complete shock and full of grief.”