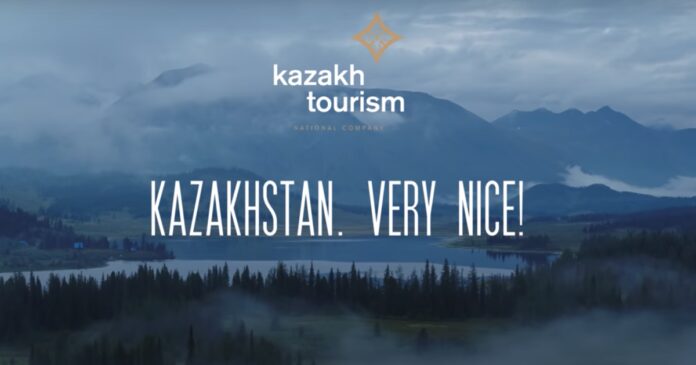 After banning the original movie in 2006, Kazakhstan is now using a phrase made famous by “Borat” in a new tourism campaign. The country released an ad on Sunday showing its stunning landscapes, cuisine and tourist attractions as visitors say, “Very nice.”

Actor Sacha Baron Cohen coined the catchphrase while playing the role of fictional television journalist Borat in the 2006 mockumentary comedy, “Borat: Cultural Learnings of America for Make Benefit Glorious Nation of Kazakhstan.” The character Borat frames Kazakhstan as an archaic country with anti-Semitic and misogynistic practices, which prompted the government to ban the film.

The sequel, “Borat Subsequent Moviefilm: Delivery of Prodigious Bribe to American Regime for Make Benefit Once Glorious Nation of Kazakhstan,” which was released last week and continued its offensive stereotyping, inspired a different approach when a trailer dropped in late September, according to the New York Times.  Rather than ignore the satirical movie, Kazakhstan has filmed an ad using Borat’s catchphrase as its slogan.

In the caption for the ad on YouTube, it pays tribute to Borat: “How can you describe a place this surprising in just two words? As a wise man one said, “Very nice!””

After learning about the country’s reversal, Cohen praised Kazakhstan in a statement to the Times.

“This is a comedy, and the Kazakhstan in the film has nothing to do with the real country,” he said. “The real Kazakhstan is a beautiful country with a modern, proud society — the opposite of Borat’s version.”

Meanwhile, there is still ardent opposition to Borat in the country. The Kazakhstan American Association wrote a letter addressed to Amazon executives dated October 20, requesting the “racist” sequel to be pulled from its streaming service, Prime Video.

“Considering today’s socially aware political climate, why is a racist film which openly berates, bullies and traumatizes a nation comprised of people of color an acceptable form of entertainment that meets Amazon’s ethical values?” the letter states. “Why is our small nation fair game for public ridicule?”

“In this film, a white person adorns a Kazakh persona and then culturally appropriates and belittles everything we stand for. We, Kazakhs, are a small nation, but it does not mean that we are allowed to be targets for racism,” it continued.

CBS News reached out to Amazon for further comment, but did not immediately hear back.

In 2012 Kazakhstan’s then-foreign minister praised the original film for attracting interest in the country and the number of visas issued by Kazakhstan grew, according to the BBC.