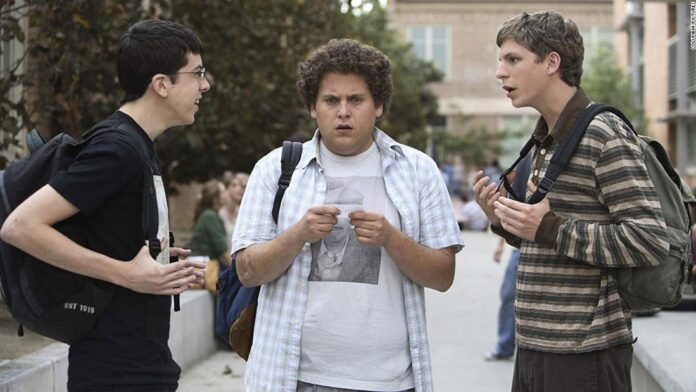 Jonah Hill and Emma Stone, who starred in the 2007 hit film, will join virtually, as will Seth Rogen, Michael Cera, Christopher Mintz-Plasse, Bill Hader, Martha MacIssac, Evan Goldberg, Greg Mottola and Judd Apatow.
The cast and filmmakers are set to give live commentary and jokes throughout the screening with viewers.
Rogen tweeted about the reunion, writing, “Wanna watch Superbad with me, Jonah Hill, Michael Cera, Bill Hader and MORE?? Well, you’re in luck!”
The event will be available to viewers for a donation of any amount, with the proceeds to benefit the Democratic Party of Wisconsin.
A similar event last week, which reunited the cast of “Happy Days,” including Henry Winkler and Ron Howard, raised over $200,000.