Home Culture 2020 BET Hip Hop Awards: See who won and which politician made... 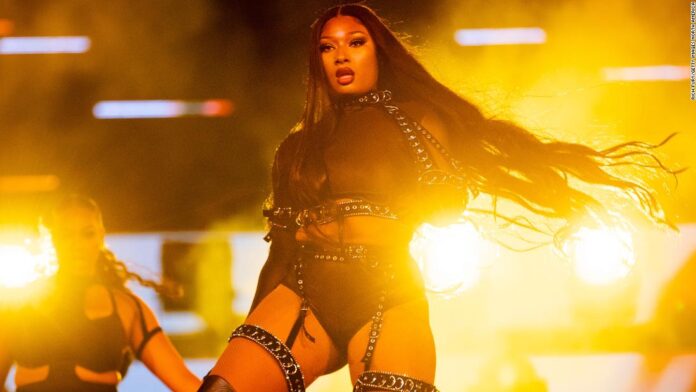 Megan Thee Stallion scored the wins for Hustler of the Year, Hip Hop Artist of the Year and a shared Best Collaboration with singer Beyoncé for their “Savage (Remix ),” which also earned Beyoncé the Sweet 16: Best Featured Verse award.
Roddy Ricch won Song of the Year and Album of the Year for “Please Excuse Me For Being Antisocial.”
Pop Smoke, who was killed in February during a home invasion, was posthumously crowned Best New Hip Hop Artist.
There were also plenty of performances, including 2 Chainz featuring Lil Wayne, City Girls and the awards show’s famous cyphers that brought together various performers.
Senator and Democratic Vice Presidential nominee Kamala Harris made a surprise appearance to encourage viewers to vote in next week’s election.
The full list of winners includes:

LYRICIST OF THE YEAR

VIDEO DIRECTOR OF THE YEAR

PRODUCER OF THE YEAR

HIP HOP ARTIST OF THE YEAR

SONG OF THE YEAR

HIP HOP ALBUM OF THE YEAR

Roddy Ricch – “Please Excuse Me For Being Antisocial”

HUSTLER OF THE YEAR

DJ OF THE YEAR