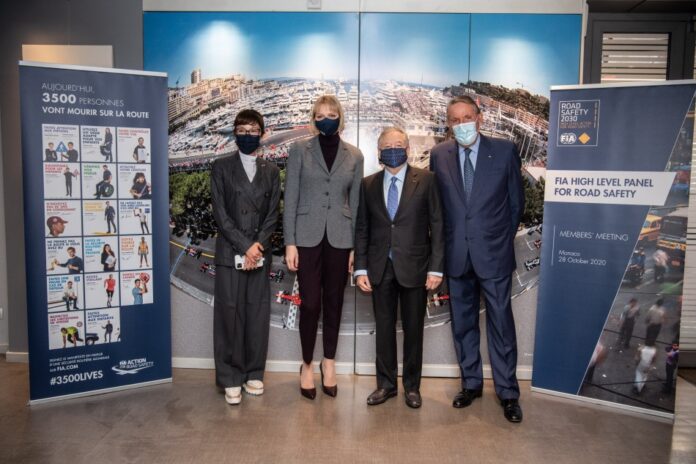 The HLP is an FIA body bringing together 82 leading personalities from both the public and private sectors committed to road safety worldwide. Since its creation at the initiative of Jean Todt five years ago, the HLP has been working in particular on the financing of road safety measures, particularly in developing countries. The HLP has thus supported the ongoing effort to improve road crashes statistics by contributing to the implementation of regional observatories in Africa and Asia, in partnership with the World Bank, the Asian Development Bank and the International Transport Forum.  It also supports the project to extend compulsory third-party insurance in several Latin American countries, in cooperation with the Inter-American Development Bank. Finally, in association with the United Nations Environment Programme, the HLP is supporting the project to improve the conditions for importing used vehicles to the African continent.

In terms of financing, the HLP contributed to the project to create a United Nations Road Safety Fund, which was launched in April 2018 at a United Nations General Assembly in New York, in the presence and under the impetus of Jean Todt.  At the same time, the HLP is seeking to identify innovative financing mechanisms and is currently working with the World Bank on fundraising protocols with private investors.

Held eight months after the 3rd Global Ministerial Conference on Road Safety, which took place in Stockholm in February, the meeting of 28 October in Monaco tackled in particular, the topic of lessons learned from the COVID-19 pandemic with regard to mobility and road safety at the global level.

Discussions focused in particular on the need to further mobilise important partners such as car manufacturers, new players in electric mobility and insurance companies, in order to develop innovative and sustainable financing mechanisms, as well as on the urgency to strengthen prevention campaigns at local level.

The members of the HLP expressed their support for the resolution adopted by the United Nations General Assembly on 18 August, in which the Member States committed to intensifying their efforts towards road safety over the next ten years.

HSH Princess Charlene of Monaco, the host of the event, stated:
“I am pleased to welcome Mr Jean Todt and the members of the FIA High Level Panel in Monaco, who like me, are committed to road safety.  This year 2020, which has changed our daily lives and lifestyles, is a year of consolidation of the actions put in place by the FIA High Level Panel to fight against mortality on the roads, particularly in developing countries. We must unite our efforts in the service of this cause”.

Michelle Yeoh, HLP Spokesperson, stated:
“2020 is a pivotal year for road safety: the new United Nations decade of action which includes ambitious bold initiatives has been launched. The time for action is now! FIA High-Level Panel is more committed and motivated to find and make progress in saving lives as observed at the meeting in Monaco. On behalf of President Jean Todt and HLP members, we thank HSH Princess Charlene of Monaco and ACM President Michel Boéri for hosting us.”