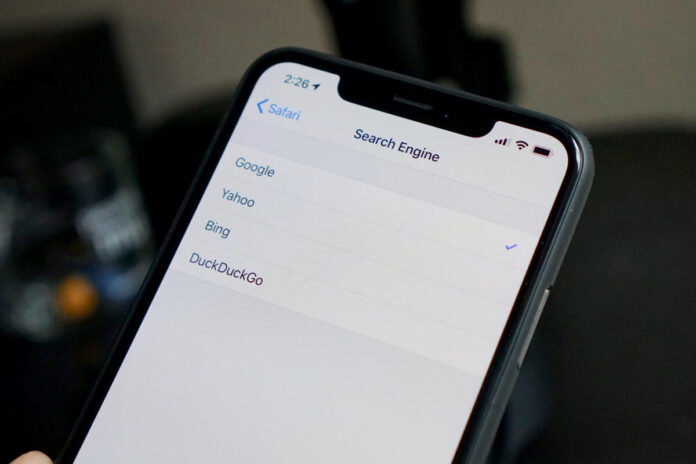 Ever since the first iPhone launched with just a dozen apps, Google has had a central role in Apple’s handset. But according to the Financial Times, Apple is preparing for a world where that isn’t the case anymore.

While the publication has no direct information about Apple’s post-Google strategy, it has pieced together several clues that could add up to big changes for how we search on our iPhones. In iOS 14’s new spotlight search, for example, Apple has “begun to show its own search results and link directly to websites when users type queries from its home screen.”

That’s a subtle change and one most users are unlikely to notice, but as the FT notes, it “marks an important advance in Apple’s in-house development and could form the foundation of a fuller attack on Google.”

Google is currently under scrutiny by the Justice Department over antitrust concerns. Among the complaints are the “long-term agreements with Apple that require Google to be the default – and de facto exclusive – general search engine on Apple’s popular Safari browser and other Apple search tools.” Google reportedly pays Apple between $8 billion and $10 billion to be the default search engine on iOS.

Along with the new search functionality, Apple also hired former Google search guru John Giannandrea in 2018, and regular job postings have been spotted looking for search engineers. Web watchers have also noted an uptick in so-called Applebot activity, which is used internally at Apple to index the web.

Apple already broke away from Google Maps eight years ago with the launch of Apple Maps, its own mapping service that replicated much of the functionality in Google Maps. However, it had a very bumpy start and only recently reached some level of parity with Google’s service. And obviously, Google has an even bigger lead when it comes to search.

But Apple’s enormous iPhone ecosystem and focus on privacy could serve it well in its efforts to take on Google’s dominance. Most users aren’t going to bother changing the default search engine, so Apple will have a built-in audience of hundreds of millions of people.  And with a focus on privacy and anti-tracking like Duck Duck Go, an Apple search engine could give people a reason to skip Google altogether.

But any move away from Google as the default search provider is going to take time. Even if these clues do add up to an attempt by Apple to build a search engine for Safari, it’s likely years away from fruition.