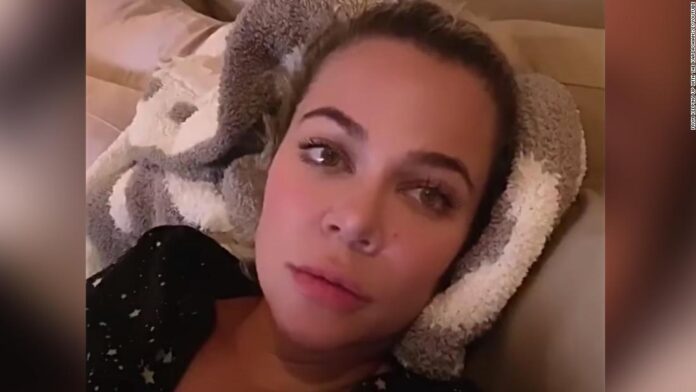 In a clip released on Wednesday, Kardashian is shown self recording the news in a hoarse voice.
“Just found out that I do have corona,” the reality star says. “I have been in my room. It’s gonna be fine, but it was really bad for a couple days.”
The teaser opens before that with her sister, Kim Kardashian West, saying, “We’re just anxiously awaiting the results for Khloe to see if she has it or not.”
[embedded content]
“I mean, my gut tells me she does just because she’s so sick,” Kardashian West says. “And that really scares me for her, ’cause I can tell that she’s now getting scared and that she’s really nervous about it.”
Likewise their mother, Kris Jenner, expresses fear for her daughter and says she’s been trying to find a doctor who could help Kardashian.
Kardashian shares her symptoms which she said included vomiting, coughing, shaking, hot and cold flashes as well as a headache she said was unlike her usual migraines.
She also offers some words of encouragement saying, “We’re all gonna get through this,” if people follow orders and listen.
“May God bless us all,” she concludes.
The current episodes were filmed months ago and an earlier teaser for the season showed Kardashian receiving a coronavirus test.
It was announced in September that the family was ending the “E!” reality show after 14 years and 20 seasons.