Home Sport Sotutu gets first start for All Blacks 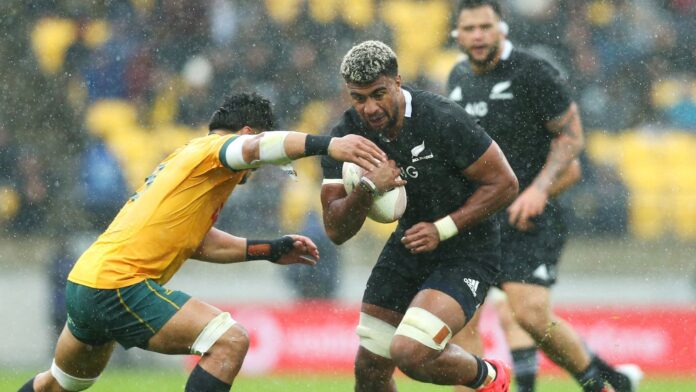 All Blacks bring Hoskins Sotutu in for Ardie Savea, Karl Tu’inukuafe in for Joe Moody while Sam Whitelock replaces Tupou Vaa’i; Watch Australia vs New Zealand on Saturday from 8.15am on Sky Sports Arena

Hoskins Sotutu will make his first Test start for New Zealand after coach Ian Foster made just three changes to his starting lineup to face Australia in the opening Tri-Nations clash in Sydney on Saturday.

Sotutu has replaced Ardie Savea at No.8, Karl Tu’inukuafe comes in for Joe Moody at loosehead prop and experienced lock Sam Whitelock returns to the starting side in place of Tupou Vaa’i.

Savea has remained in New Zealand for the birth of his second child, while Moody was battling concussion after a head knock in the 27-7 victory over the Wallabies at Eden Park earlier this month.

Whitelock missed that game after experiencing concussion symptoms following the 16-16 draw in the Wellington opener.

Sotutu came off the bench in the first two Tests against the Wallabies earlier this month and Foster said he deserved his first start.

“I have been really pleased with his involvement,” Foster said. “Clearly he’s an eight we have been looking at closely through the whole year.

“We are excited with his work rate. He’s really calm and he loves to show his skillset and I can’t wait to see him show it on the big stage.”

The coach also made three changes to the bench with Ngani Laumape returning from a broken arm, prop Tyrel Lomax replacing Nepo Laulala, who is also on paternity leave, and Rieko Ioane coming in after he was a late withdrawal from the last game.

“It’s about getting the balance and consistency of selection,” Foster added. “We also want to keep introducing opportunities for people.

“Nothing beats time together and for us this week with our lineup – we have been able to keep a lot of consistency.”