Home Culture The Tech Antitrust Problem No One Is Talking About 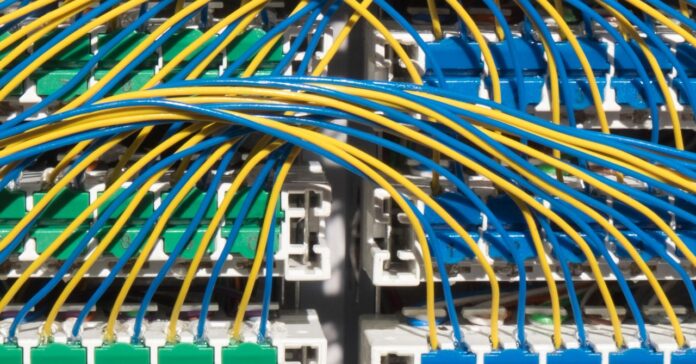 The US has suffered, and broken up, telecom monopolies in the past. AT&T had a government-sanctioned monopoly for much of the 20th century, until it was broken up in 1984. The 1996 Telecom Act included rules for phone providers aimed at encouraging competition, but it excluded “information services,” leaving broadband companies freer rein.

Crawford and other industry critics say cable companies have used that freedom to erode choice through mergers, and have deployed a deep bench of lobbyists to steer lawmakers to lighten oversight and ban cities from building their own networks. Cities that have done so, like Wilson, North Carolina, generally have higher speeds at lower prices and less restrictive terms, Crawford says. Comcast has spent more than $10 million on lobbying in Washington this year, according to data compiled by OpenSecrets. Only two other companies, Amazon and Facebook, have spent more.

US internet providers say the American broadband market is doing just fine, and that the digital divide is closing. Business in this pandemic year is good: US providers signed on 2.4 million additional subscribers from January through June as school, work, and social life shifted online.

A Comcast spokesperson said the company is not a monopoly and competes with at least one other high-speed provider “in almost every area we operate.” Charter says it spent $25 billion from 2017 through 2019 and made its service available to millions of new homes. AT&T and Verizon directed WIRED to the industry group USTelecom, which recently published an analysis of FCC data showing that rices for residential broadband have fallen over the past five years.

Comcast and Charter cited an Economist Intelligence Unit report paid for by Facebook that ranks the US first in the world for internet affordability. The ranking is based on the cost of mobile and broadband services, as well as the cost of smartphones, and the full methodology is unclear. A Wall Street Journal analysis of 3,300 broadband bills last year found broadly similar pricing to that reported by New America and concluded that prices were higher in places with less competition.

The Department of Justice and House Antitrust Subcommittee did not respond to requests for comment. Sohn of Georgetown, a former FCC staffer, says she has spoken about the broadband market to subcommittee staff and is hopeful they will take an interest.

Federal oversight of US internet providers has dwindled under the Trump administration. In 2017 the agency abandoned net neutrality rules, which required ISPs to treat traffic from different sources equally. The Government Accountability Office and two of the agency’s own commissioners have questioned the FCC’s methodology for measuring broadband access, saying it paints an artificially rosy picture of the US market. The agency allows ISPs to count an entire census block as served by broadband access if service is available to a single resident, even if that resident has not signed up.

If Joe Biden wins the White House, he is expected to try to restore the FCC’s net neutrality rules. The Democratic platform also includes promises to have the agency scrutinize broadband pricing and to prevent states from blocking municipal broadband networks.

Making US broadband significantly more competitive would require larger and more coordinated action by the White House and Congress. Options worth considering include reversing some of the acquisitions that turned Comcast and others into nation-spanning giants, and mandating that companies allow competitors to use their networks, as is common in Europe, Stager says.

Those would be more notable antitrust actions than seen from the US government in a while, but Stager believes the case is there. “The backlog of evidence is certainly there, and with increasing pressure on the networks, much more could come to the surface,” he says.