Home Sport Dunn steps up to Superleague with Dragons 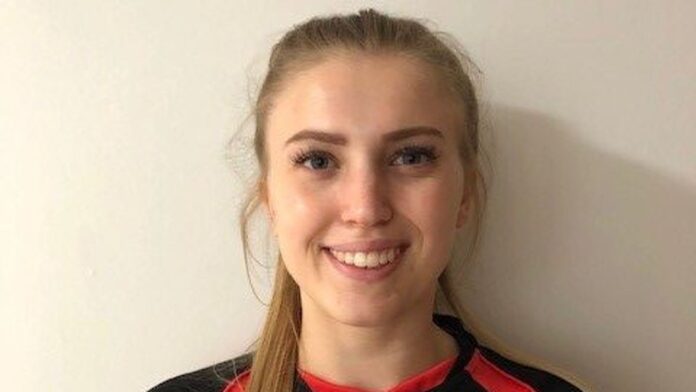 The Wales U21 shooter will be joining the franchise for her first season in the Vitality Netball Superleague; director of netball Tania Hoffman says she’s one of Wales’ most exciting prospects in the circle

Morganne Dunn is about to make the step up to the Vitality Netball Superleague after securing a senior contract with Celtic Dragons.

The Wales U21 shooter has already made a name for herself during her early netball career, being a part of both Severn Stars and Team Bath age-group squads.

Dunn as been a feature of the Welsh age-group teams too, competing at Netball Europe tournaments, and she recently won silver with Wales at the 2019 edition of the U21 competition.

As part of her time with Wales senior squad, she has already played in training games against New Zealand and South Africa with the national side. Now, she’s eager to test herself on a weekly basis in the Superleague.

“I have loved playing netball ever since I was in primary school. From playing with Team Bath U19 to Severn Stars U21, I have always been excited about the potential to progress in my netball career,” she said.

“Now I’ve signed with Dragons, I am excited to take on new challenges and I can’t wait to develop my netball skills whilst also developing great relationships within the team.”

In 2021, Tania Hoffman will once again be at he helm for Dragons and the director of netball is eager to see what Dunn can do.

“Morganne is one of Wales’ most exciting young prospects in the shooting circle. She has travelled a lot for her netball already in her career and will have learned a lot already from being around a few different set-ups.

“Morganne has a tonne of talent and ability and now she is in a Superleague squad I expect her to make even more progress.

“Being a shooter in Superleague netball brings with it a lot of pressure, but I’m confident that Morganne will take this in her stride and go on to impress this season.”

Alongside Dunn will be another exciting young talent as Victoria Booth has joined the franchise. She has spent the last three seasons playing in Saracens Mavericks’ age-group teams before moving to Cardiff to commence her studies at Cardiff University.

“Vicky is one to watch this coming season and I know that she will learn a lot from our environment and from her teammates here,” Hoffman said.

“I’m confident that Vicky will take full advantage of this new platform to perform and will embrace the challenges of stepping up from elite age-group to elite senior netball.”