Home Sport Bellew: This is what it’s like to fight Usyk 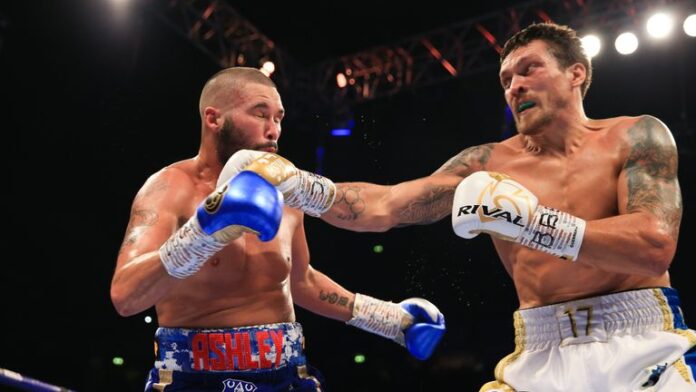 Bellew: “Chisora can bring the heat in a different way than I did” – watch Usyk vs Chisora on Saturday night at Wembley Arena, live on Sky Sports Box Office

Tony Bellew admits he was “mentally exhausted” before a knockout defeat to Oleksandr Usyk – and says “it will be completely different” against Derek Chisora.

The Merseysider challenged Usyk for every world cruiserweight title, suffering an eighth-round loss, and will be watching closely when the Ukrainian battles Derek Chisora in Saturday’s heavyweight clash, live on Sky Sports Box Office.

“Usyk is perfect. He does everything great,” Bellew told Sky Sports.

“I got emotionally involved, as always, nothing new there. But I was able to bring him towards me and counter-punch him really well at times, which nobody expected.

“Everyone just expected me to go hunting for him, trading and swinging. But I didn’t. I boxed him.

“Making him miss and drawing him to you is a good thing to do.

“But eventually it caught up with me. I was absolutely exhausted by the end of round seven.

“He mentally exhausted me in our fight by constantly having his front foot close to mine. That doesn’t sound much. But it’s mental pressure that he puts on you, not physical.

“He wouldn’t get involved in any wrestling matches with me. Every time we got close, I would dig him to the body.

“He isn’t the biggest puncher but I was exhausted in round eight. He stepped on the gas and got rid of me.

“But it will be completely different against Chisora because Usyk is against a man who absorbs everything.

“Chisora can bring the heat in a different way than I did.

“What Usyk does fantastically well? That front foot pressure put me under pressure all the time. I always felt like I had to do something. But that won’t matter against Chisora.

“My battle was technical against Usyk. I was winning it after six rounds but I was completely drained and exhausted by the end of round seven. That’s what Usyk is so good at doing.”