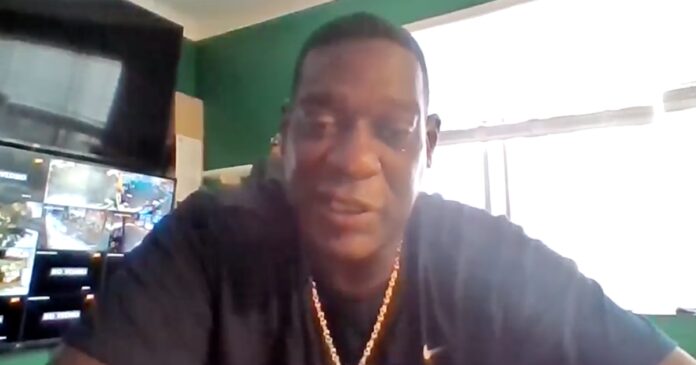 NBA legend Shawn Kemp is opening a pot dispensary in Seattle on Friday, becoming one of the few Black-owned cannabis stores in the city.  Kemp spoke to CBS News about his store and how he wants the cannabis industry, which has been mostly dominated by White owners, to “open it up a little bit to everybody.”

Kemp, who played for the Seattle Supersonics from 1989-1997, is known for his high-flying dunks and for leading his team to the NBA Finals against Michael Jordan. The six-time NBA All-Star now wants to reach new heights in the marijuana retail sector as part-owner of Shawn Kemp’s Cannabis.

“The cannabis business was something that I was looking forward to doing for a number of years, but I just couldn’t find the right partner,” Kemp said. Eventually, he teamed up with Matt Schoenlein and Ramsey Hamide, two of the co-founders of Main Street Marijuana, the top-selling cannabis retailer in Washington state. After that, Kemp said, “things clicked fast.”

The former NBA star said they worked on the store for “close to a year.” The shop is the first of five coming from Kemp and Schoenlein in the Seattle-area, he said.

Kemp signaled the importance of diversifying ownership in the cannabis industry when he announced the opening of his business last week. “I hope that Shawn Kemp’s Cannabis will be an inspiration for people to get involved with the legal cannabis industry, especially people of color,” he said.

He also joins a growing list of prominent Black figures entering the cannabis business in the U.S. Jay Z announced last week that he is launching his first line of cannabis in a joint venture with Caliva, a California-based weed company. Months ago, rapper Method Man started a business aimed at bringing more black ownership to the industry.

Kemp would also like the industry to “open it up a little bit to everybody.”

A 2017 survey found that the cannabis industry is overwhelmingly dominated by White owners or founders, and less than one-fifth of those polled were minorities. Black people only made up 4.3% of owners.

Aaron Barfield, one of the founders of the Washington state-based Black Excellence in Cannabis, believes that number is actually less than 1%. Barfield, who is Black,  claims racism is at play during the license application process.

“We’re being discriminated against across the board,” he said. “I think the responsibility of it has to go back to the board.”

Barfield sees the same roadblocks playing out in the rest of the country where it is legal to sell marijuana.

“The problem still starts in Washington,” he said. “Because we were one of the first states to legalize so a lot of these other states are following the example of the model that Washington set. They’re repeating the same mistake Washington makes.”

“We’ve been trying to point the injustices that are going on for years now and we keeping getting stonewalled,” he added. “So, at this point, it’s not even a mistake. It’s a situation they wanted to create.”

As for Kemp’s store, employees there will teach people how to get started with their cannabis business – and in the future, potentially teaming up with him. His store’s website said they will “train people of color and women to become successful cannabis store owners.”

“I think there’ll be room eventually probably for people to come into partnership with us if they wanted to,” Kemp said. “For the most part, I think we were just trying to be a voice and educate people a little bit on the business right now.”

Kemp will be joined by former teammate and NBA Hall of Fame guard Gary Payton for the grand opening. He said he’s “excited” for him to be there, but even more so for the project to go public.