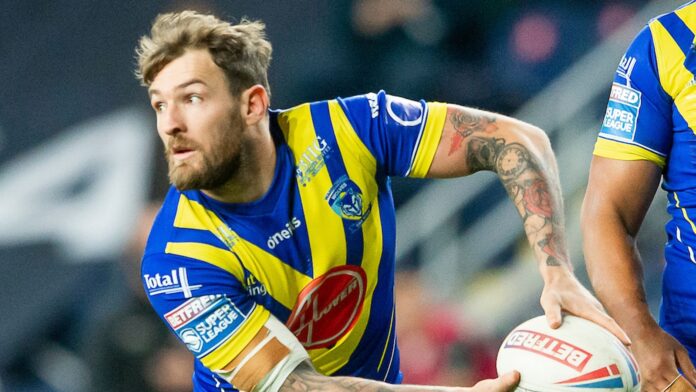 The Warrington Wolves were awarded a 24-0 win over Salford after their scheduled opponents were unable to raise a team, before then going on to beat Huddersfield 19-12, live on Sky Sports, on Friday to cement their top-four place.

Warrington cemented their top-four spot in the Betfred Super League by grinding out a 19-12 victory over Huddersfield in a re-arranged fixture at St Helens’ Totally Wicked Stadium.

Warrington went into the game with the luxury of a fortnight’s rest, but they were made to work hard for a sixth successive win over the Giants, whose fourth successive defeat effectively brings to an end their already slender semi-final hopes, even if clubs decide on Monday to expand the play-offs.

The round 21 fixture was brought forward at 48 hours’ notice but was delayed by half an hour after the Yorkshire club were caught up in traffic congestion on the M62 motorway.

Warrington were all over their opponents in the opening quarter but only had a seventh-minute try from hooker Daryl Clark, who burrowed his way over from dummy half, to show for their efforts.

Half-back Gareth Widdop had a try disallowed for a forward pass, while second rower Ben Currie and winger Josh Charnley were both held up over the line as the Wolves pounded away at their opponents’ line.

Charnley sustained what looked like an arm injury during his attempt to get the ball down and he was joined on the sidelines by back rower Jason Clark and Huddersfield stand-off Lee Gaskell as injuries began to take a toll on both teams.

The Giants had a ready-made replacement for Gaskell in Jordan Turner, but Warrington coach Steve Price was forced to move Anthony Gelling onto the wing in the absence of Charnley and switch second rower Jack Hughes to centre in a significant reshuffle.

After withstanding pressure on their line, Huddersfield gradually clawed their way into the contest and drew level four minutes before the break when Gelling fumbled the ball from Aidan Sezer’s lofted kick to present a gift try to centre Jake Wardle.

Sezer’s conversion made it 6-6, but full-back Stefan Ratchford nudged the Wolves back in front on the stroke of half-time with a 40-metre penalty, to add to his earlier conversion.

Huddersfield substitute James Gavet had already made a big impact on his introduction late in the first half with his energetic play, and he put his side in front for the first time two minutes into the second half when he took a pass from hooker Brandon Moore and plunged over for his second try for the club.

Sezer’s second goal made it 12-8, but the Giants’ lead lasted just six minutes as Warrington struck back.

Centre Toby King released young winger Josh Thewlis down the left flank and Ratchford linked with him to send Clark over for his second try, which levelled the scores.

Ratchford added the goal and Warrington added a third try on 57 minutes when stand-off Blake Austin’s pass created just enough space for Gelling to cross at the corner.

The Giants pressed hard for an equalising score but their last hope disappeared on 72 minutes when Sezer was sin-binned for kicking the ball away to prevent his opponents taking a quick re-start and Widdop made sure of the points with a drop goal.