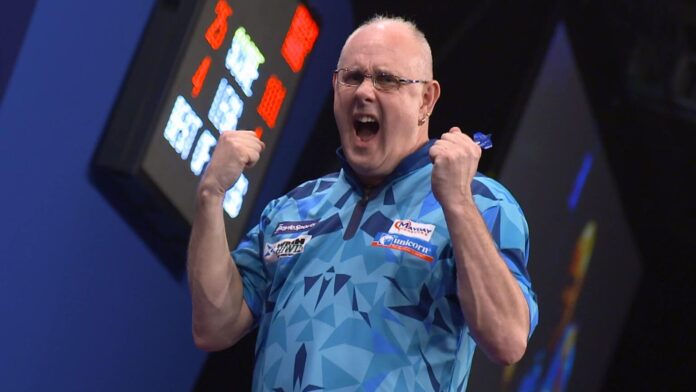 Michael van Gerwen has crashed out of the European Championship at the König Pilsener Arena in Germany. The Green Machine was just one of several big names to suffer defeat, as the race for the £120,000 winner’s cheque look wide open

Ian White secured his first major win over world No 1 Michael van Gerwen at the European Championship, to move into the quarter-finals in Oberhausen, Germany.

Meanwhile, world champ Peter Wright overcame Gerwyn Price in a high-quality clash, getting one over the Welshman who recently leap-frogged him in the PDC Order of Merit.

In what was a day of upsets, Snakebite was the only member of the world’s top 10 to remain standing in the tournament.

In the final game of the night, Steve West edged a thriller against 2016 runner-up Mensur Suljović.

Darts is back on Sky Sports with a bumper double header in November. Three days and six sessions of action will crown this year’s World Cup of Darts champions, coverage begins from 12pm on Friday November 6. Nine days of Grand Slam of Darts action gets underway on Monday November 16