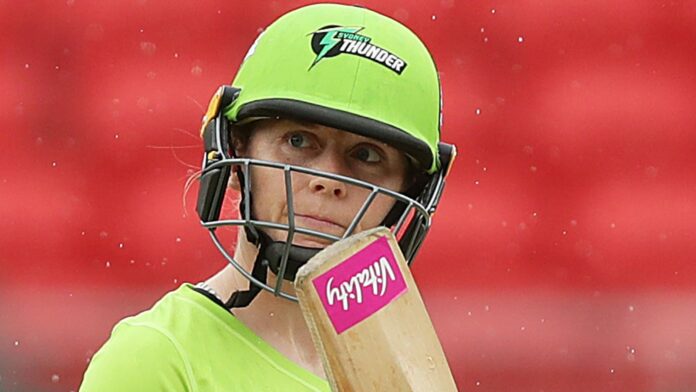 Knight smoked 11 fours and three sixes and dominated a club-record stand of 122 with Rachael Haynes (39) as she posted Thunder’s highest individual score.

The 29-year-old, batting at No 4, was on a relatively sedate 19 from 16 balls with seven overs remaining but proceeded to thump 12 boundaries from that point.

Knight’s onslaught included three consecutive fours off Sarah Coyte and two sixes in three balls off Stafanie Taylor, while she then went four, four, six from the three balls prior to being dismissed by Tahlia McGrath in the penultimate over.

The right-hander’s knock ensured Thunder plundered 94 runs from their last 42 balls to post 190-6, a total in which Sammy Jo-Johnson smashed four sixes in five balls off Amanda-Jade Wellington – but Knight’s England team-mate Tammy Beaumont made just nine from 12 balls.

Strikers were restricted to 132-8 in reply – Knight capping a fine day with a wicket in her sole over as she dismissed Wellington for three.

Fellow England players Sarah Glenn and Amy Jones were also on the winning side as Perth Scorchers beat Melbourne Renegades on DLS.