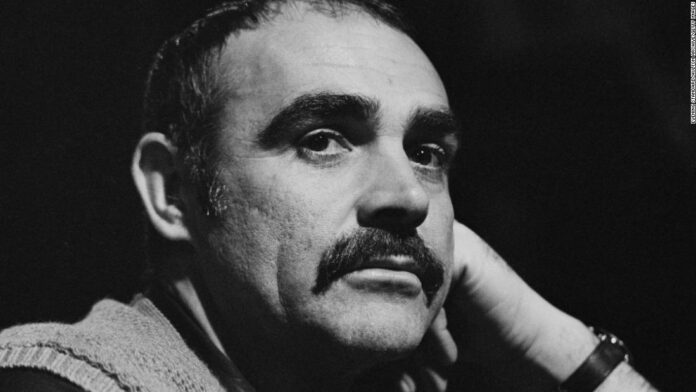 Connery — who died at the age of 90 — was surely helped by his striking good looks, which included being anointed in the Mr. Scotland bodybuilding competition before landing the role of Bond, playing the suave British spy in seven movies, beginning with “Dr. No” in 1962.
Even in his early days, there was life and depth beyond Bond, with roles in Alfred Hitchcock’s “Marnie” and the Disney movie “Darby O’Gill and the Little People.”
In a way, though, the actor didn’t fully prove himself — and establish a career characterized by longevity as well as quality — until the aftermath of leaving the spy series (although he would play Bond once again in the aptly titled “Never Say Never Again”), during a dazzling stretch in the mid-1970s.
In short order, Connery starred in three classic films: “The Wind and the Lion,” John Milius’ romanticized account about a Barbary pirate during Theodore Roosevelt’s administration; “The Man Who Would Be King,” director John Huston’s saga about two adventuring friends, which paired Connery with longtime pal Michael Caine; and “Robin and Marian,” a revisionist look at the Robin Hood mythos, with Connery as the aging crusader and Audrey Hepburn as Maid Marian.
During that brief flurry, Connery not only burnished his leading-man credentials but demonstrated there was a lot more to him than Bond. Memorable movies like “The Hunt For Red October” and “Indiana Jones and the Last Crusade” followed, as well as an Oscar for his supporting role in director Brian De Palma’s “The Untouchables.”
Connery’s command of the screen and presence was perhaps best summed up by an anecdote told by Terry Gilliam, the Monty Python alum who cast him in the movie “Time Bandits.” Gilliam recalled that when writing the script, he specifically stated that King Agamemnon removed his helmet to reveal “Sean Connery,” adding parenthetically, “Or an actor of equal but cheaper stature.” In essence, the director said, he couldn’t think of anyone else whose mere appearance would produce the desired reaction.
A similar moment, which I happened to witness personally, occurred several years ago at the posh Four Seasons Hotel in Beverly Hills. The breakfast crowd — which tilted heavily toward agents, executives and other entertainment-industry heavyweights — came to a virtual stop and began murmuring when Connery walked into the room, alone, a newspaper tucked under his arm. As I thought at the time, it was hard to imagine any other living actor prompting such a response in that particular venue.
Connery eventually stepped away from Hollywood — his final starring role in a major movie, “The League of Extraordinary Gentlemen,” was in 2003 — saying that retirement is “just too much damned fun.”
Connery lived a good long life, but his screen legacy is such that it’s still hard to imagine him gone. In that respect, with apologies to the very specific martini order with which he’ll forever be associated, his death can’t help but leave those who grew up watching him feeling a little shaken, just as seeing him on screen left them stirred.