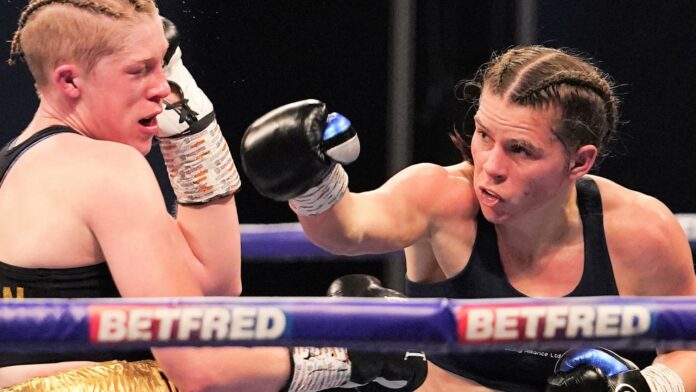 The former world amateur champion was a class above her Scottish rival from the opening bell and Marshall joined the list of Britain’s women’s world champions to keep herself on course for a potential showdown with American star Claressa Shields.

Marshall tried to establish her probing jab in the opening round, but Rankin darted into range to deliver clubbing counter punches.

A jolting uppercut breached Rankin’s defences as Marshall started to settle in the second round, while the Hartlepool fighter hammered in body shots before backing smoothly away in the third.

Rankin’s toughness continued to be severely tested in the fourth, with Marshall unloading hurtful combinations, and the Scot had to withstand stiff right hands in the fifth.

Marshall, utilising her clever foot movement, continued her steady assault in the sixth and she broke Rankin’s brave resistance in the seventh.

A sustained attack unravelled the defences of Rankin, who took a knee, and the referee waved it off when she rose to her feet.