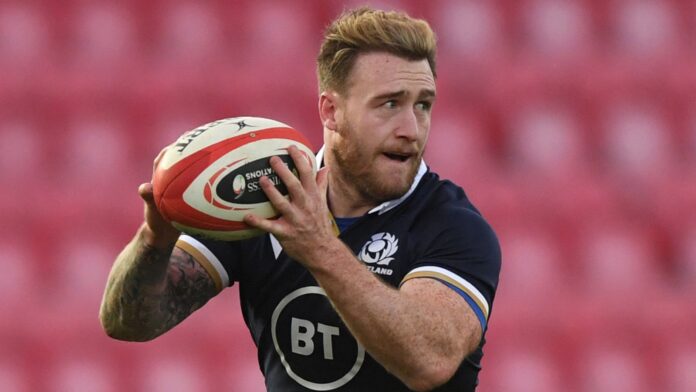 Scotland captain Stuart Hogg has hailed his players after they banished an “unacceptable” away record against Wales.

Hogg kicked a late penalty as Scotland triumphed 14-10 in Llanelli to end their 2020 Six Nations campaign with three successive victories.

It was a first win on Welsh soil since 2002 and put Scotland on the front foot heading into an Autumn Nations Cup campaign that features appointments with Italy, France and Fiji, plus a play-off fixture.

“It means everything to us,” Exeter star Hogg said. “We work incredibly hard to be in a position to win Test matches.

“It is 18 years since we last won in Wales, and for us that was an unacceptable record, so we wanted to do everything we possibly could to change that.

“I believed in the boys right from the first minute that we were going to win. We felt we were in a good place going into the game, and we are chuffed to bits.

“The challenge now is to keep it going. It’s about belief. We have got game-drivers, defensively we stuck at it and we are believing in each other.

“We know we are not the finished article, but we are a step closer to where we want to be.

Scotland did not leave west Wales injury-free, though, with fly-halves Finn Russell and Adam Hastings both going off a fortnight before the Nations Cup opener against Italy.

Hogg moved from full-back to fill the number 10 role following Hastings’ second-half departure, and it remains to be seen whether or not Scotland head coach Gregor Townsend could view that as an option if Russell and Hastings are Nations Cup absentees.

“We’ve got other boys who will be in the 10 jersey before myself, but at the end of the day, I will do whatever is best for the team,” Hogg added.

“All I want to do is to be here and make a difference for Scotland, and if it comes to that I will just get on with it.

“If not, I will fully back up whoever is going to be in that jersey. Duncan Weir has been playing really well over the last few weeks, so it is probably a perfect shot for him to get his chance.”