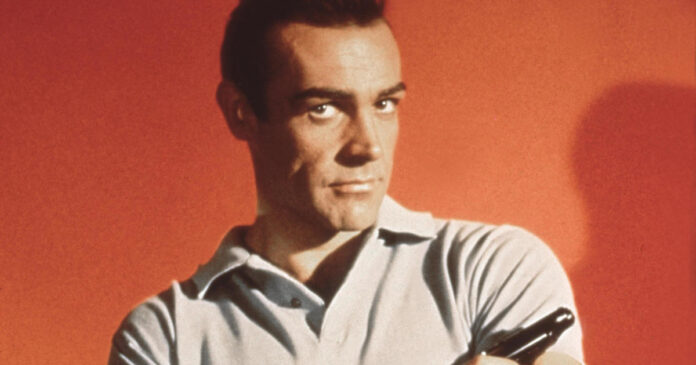 If you spent the ’60s watching only James Bond movies, you’d think the world was filled with egomaniacal villains, and there was only one man who could defeat them:

Some would say Sean Connery was the best Bond – at the very least, he set the standard for all the 007s who would follow.

His secret was his ability to escape danger, but be dangerously suave at the same time. Maybe it was his Scottish accent, or maybe it was his sly humor … whatever it was, it never got old.

When People magazine declared Sean Connery the Sexiest Man Alive, he was just shy of 60. It was the same year he played Harrison Ford’s father in “Indiana Jones and the Last Crusade.”

Those roles – the ones where he wasn’t playing Bond – he seemed to relish the most. It wasn’t because he didn’t like playing a secret agent, but because he could do so much more.

And yet, his only Academy Award came from playing a streetwise Irish cop in “The Untouchables.”

Sean Connery embodied Hollywood, and yet, the older he got, the more he distanced himself from it.

Except for some voice-over work, his last film appearance was in 2003’s “The League of Extraordinary Gentlemen,” three years after he was knighted by Queen Elizabeth II, in Scotland.

He once said, “More than anything else, I’d like to be an old man with a good face – like Alfred Hitchcock or Picasso.”

Sir Sean Connery’s piercing but welcoming face surely has matched theirs, and more.