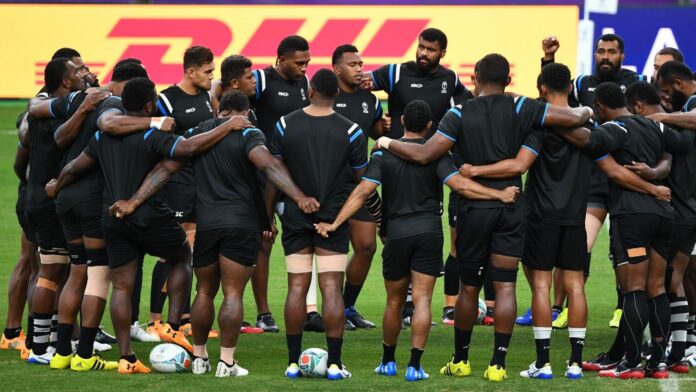 Fiji are training in France ahead of Autumn Nations Cup; Fiji in group B with matches against France, Italy and Scotland this month; Fiji and Georgia included with Six Nations sides in eight-team tournament

Three members of Fiji’s squad have tested positive for coronavirus at their training base in France as they prepare for the Nations Cup.

The players were isolated from the rest of the squad, who continued to train at their base in Limoges, according to Fiji rugby union chief executive John O’Connor.

Speaking to the Fiji Broadcast Corporation, O’Connor said none of the three players had shown any symptoms, but are being monitored daily by the medical team.

The squad were tested after meeting in France and will be tested twice each week ahead of their fixtures later this month.

Fiji are scheduled to play Portugal in a warmup match on Friday before their first Nations Cup clash against France on November 15.

They play Italy on November 21 and Scotland on November 28 before a final match on the first weekend in December.