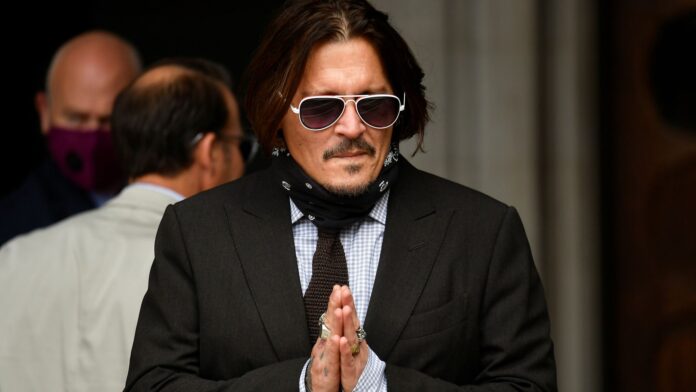 “She’s begging for total global humiliation. She’s gonna get it.”

These words, allegedly sent by Johnny Depp in a text in August 2016, a few months after his split from Amber Heard, were picked out by Mr Justice Nicol towards the end of his 129-page judgment as an example of the Hollywood star’s feelings towards the woman he had married just 18 months earlier.

During a hugely high-profile libel trial, the world was made privy to the actor’s lifestyle of eye-watering excess: drug binges, blackouts, trashed properties, graphic insults in texts, writing on walls in blood, and a fortune so large and ego apparently so out of touch he did not immediately realise when hundreds of thousands of dollars was allegedly stolen by his former finance managers.

Suing The Sun was a huge gamble. Win or lose, many argued it was Depp setting himself up for global humiliation, not Heard.

Now, the actor’s case has been dismissed – the judge ruling that the tabloid’s 2018 report labelling him a “wife beater” was “substantially true” – and his team are no doubt picking up the pieces.

Depp has more than humiliation to contend with. As this is a libel case, the judge’s ruling, however damning, does not mean he has been found guilty of a crime, of “wife-beating”. But whether big studios and top producers will still be happy to work with him is a different story.

Filming is reportedly under way on the latest film in the Harry Potter spin-off franchise Fantastic Beasts – his casting as Gellert Grindelwald the catalyst for this entire case – but Warner Bros have yet to comment. Author JK Rowling has said it is a matter for Warner.

He also has ties with companies such as Dior, also yet to comment on the ruling.

Following the dismissal of Depp’s case, coming on top of all the lurid revelations that were disclosed during the hearing, experts say the decision to sue could prove immensely damaging to his career.

The family friendly roles which he has relied on in recent years, and which have made him hundreds of millions of dollars, are now less likely to come knocking at his door.

Mark Stephens, a partner at Howard Kennedy and a leading reputation management lawyer, said he thought the case had been “an ill-advised action” even before the judgment, “and it’s just proven to be that”, drawing attention to the star’s “demons”.

PR guru Mark Borkowski described the case as “one of the biggest showbiz fails for a long time”, saying Depp “has just switched the volume on (his) lifestyle”, his edgy “brand” now “turned to something that is really ugly and abusive”.

During the trial, Heard said Depp had created a “misogynistic persona” for her, presenting her “as the stereotype of a nagging woman”.

While his fans and her critics welcomed this portrayal of a “gold-digger, a shrew and an adulterer”, the judge’s decision signals that rather than the “compulsive liar” portrayed by the actor’s legal team, he considered her to be a reliable witness.

With wild celebrity stories throughout the trial and evidence such as photographs of faeces left in bed as a “prank” (the identity of the culprit remains unproven), there was occasionally a farcical tone to proceedings. However, the matter at the centre was the very serious allegation of domestic abuse.

Heard claimed to be in fear of her life at points in the relationship; this ruling will vindicate her in the eyes of many.

Depp had always insisted the trial was about his reputation rather than the money.

Now that reputation, already under question, lies in tatters.

The Up-to-75%-Off Levi’s Warehouse Sale Will Restore Your Faith in the...