Home World Someone in the UK just put down a million-pound bet on Joe... 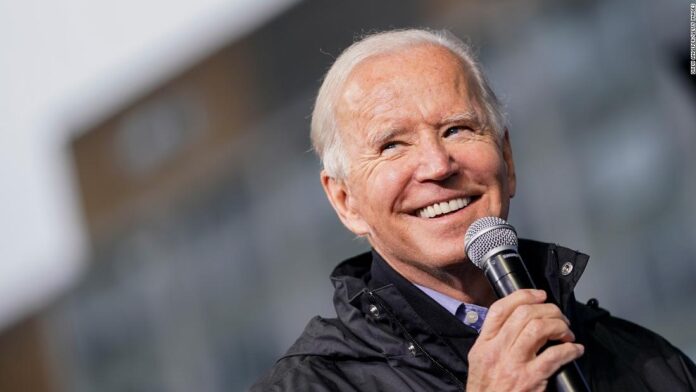 Someone has placed a £1 million, or $1.29 million, bet on Biden to be the next president on the Betfair Exchange, the world’s largest online betting exchange, where gamblers find other gamblers who match their wagers.
US gamblers are not allowed to place legal wagers on the election, even as legal sports wagering spreads across much of the country thanks to a 2018 Supreme Court ruling. But wagering on the election in the UK’s legal betting market is soaring, setting up the US vote to be the most-bet-upon event in history.
The identity of the bettor, who placed the wager on October 29, is not known. They would win a £540,000 ($696,170) profit on top of getting the original £1 million wager returned.
Oddsmakers put Biden’s chance of winning at 65%, and Trump’s chances at 35%. That’s slightly better odds for Trump than the 2-to-1 odds last week. And it’s much better than the 10% chance of Trump winning according to FiveThirtyEight.
The £1 million wager is tied for the third-largest bet in Betfair’s history, behind £1.1 million bet on tennis player Rafael Nadal in the 2010 French Open, and slightly more than £1 million bet on Floyd Mayweather Jr. in his 2017 match against Conor McGregor.
The bet could be a good omen for Biden: The 10 largest bets in Betfair’s history before now, all on sporting events, have been winners.
Big-money bettors typically bet on the favorite, said Pete Watt, public relations manager for OddsChecker US, which provides advice and information to gamblers. And they typically come very close to the event taking place, he said.
“A tiny difference in the odds will make a big difference in the returns of the big-money bettors,” he said. Because of that, those bettors might wait until they’re convinced they can get the best possible odds on their bets.
The bets are flowing into Betfair at a record pace, with £274 million, or $353 million, having been recorded by Monday morning. And it takes several days for a bet that has been made to show up in the data, which is why the October 29 bet has only now become known. So the total wagering on the vote is likely well above that level.
Since Betfair will allow bettors to keep wagering until a winner is declared, there could be days more betting, if not more, as vote counting goes on. Betfair is estimating total US presidential election wagers on its exchange will top £400 million, or twice what was wagered in 2016.
The winning bet will be who becomes the next president, not who wins the popular vote.
The largest political bet ever made on Betfair Exchange was a £555,000 bet made on Trump in 2016 that came in at about 12:30 am ET, the day after the election, after most of the US polls had closed, but before he was declared a winner.
But the big money is not always right. Watt said one better wagered £550,000 on Hillary Clinton a month before that election. And there was a £100,000 bet made that UK would vote to remain in the UK during the 2016 Brexit vote.