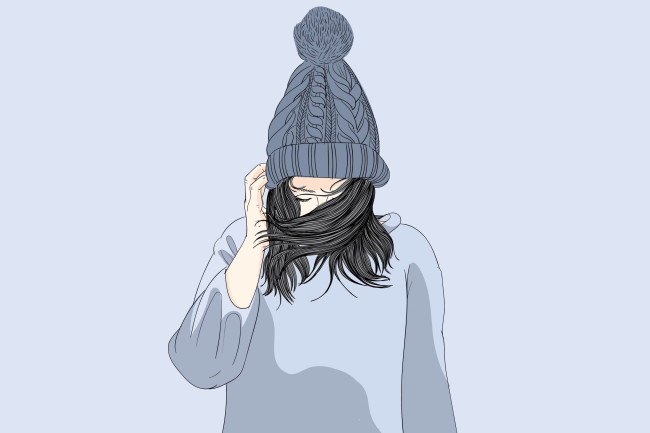 Every year, as the temperature drops and the days darken, more than 66 million Americans display symptoms of depression. Known as seasonal affective disorder (SAD), this condition causes focused periods of depression and lower moods for people during the fall and winter months. Although most sufferers exhibit only mild effects, around 10 million Americans experience severe symptoms that inhibit their ability to function day to day, according to Martin Klein, a Connecticut-based clinical psychologist in private practice who specializes in treatment of SAD.

Although the rise of seasonal depression happens every fall, this year it’s occurring in the middle of an already ongoing mental health crisis caused by COVID-19. According to Klein, studies have shown that around 80 percent of all Americans are dealing with some form of depression or stress since the pandemic began, causing the country’s depression rates to triple. And therapists and mental health experts anticipate that with colder days and longer nights ahead, SAD symptoms will worsen among those who are already struggling.

“In my practice I have never been so busy,” Klein says. “Everybody calls up and thinks they’re unique, but everybody seems to be very anxious and depressed.”

The reason SAD occurs mostly in the fall and winter is rooted in the decrease in sunlight during the seasons due to shorter days and weather patterns. Sunlight helps to maintain human circadian rhythms and sleep-waking cycles, as well as other biological functions of the human body. With less sun exposure, those rhythms are disrupted. The human body can experience a decrease in hormones like serotonin and melatonin, as well as declining levels of vitamin D, all of which can impact mood, anxiety levels and sleep patterns. Klein notes that during colder months, people also tend to exercise less, drink more alcohol and consume more sugar and carbohydrates, which raises blood-sugar levels and also impacts mood.

The symptoms of SAD are mostly similar to other forms of depression: irritability, lowered mood and energy, increased anxiety, fatigue, a lack of libido and difficulty paying attention. In more severe cases, SAD can trigger suicidal thoughts. Ken Duckworth, chief medical officer of the National Alliance on Mental Illness, explains that seasonal affective disorder is now classified in the Diagnostic and Statistical Manual of Mental Disorders as a subset of major depression, officially known as “major depression disorder with a seasonal pattern.” In spite of this, there are some differences in how symptoms of how SAD manifests compared to chronic major depression: SAD tends to cause people to overeat and sleep late, whereas major depression usually causes weight loss and erratic sleep schedules. Moreover, the effects of SAD tend to go away once the seasons change. Duckworth says this is unusual, as most triggers for depression such as loss of a loved one or stress tend to be unpredictable and harder to control.

“If you have noticed that you have a persistent pattern of struggling in November, December, or January, and you live in a northern climate that’s light on sunshine, that is a pattern that is likely to repeat,” Duckworth says. “There’s not that many psychiatric conditions that you know when the trigger is coming.”

In his practice, Klein has already noticed that the weather has had a stronger effect on his client’s moods than in prior seasons, which he attributes in part to the pandemic. Whereas social interaction is typically an effective way to help address the effects of depression, widespread social distancing means increased social isolation, which can have a significant impact on a person’s mental health. In addition, current political and civil unrest and uncertainty has caused stress and anxiety that can also exacerbate SAD symptoms.

Vaile Wright, senior director for health care innovation at the American Psychological Association, says warmer weather was helpful for the mental health of people during the pandemic. During the late spring and summer, there was greater ability to safely interact with people outdoors, where the rate of transmission was very low, and more socially distanced activities were available. “As it gets colder, as the days get shorter, and people aren’t able to access the outdoors as much, I am concerned that that natural tendency to hibernate during the winter could get exacerbated by all the stress people are experiencing right now,” Wright says.

In spite of these concerns, Wright says that common treatment methods for the disorder exist and can help people struggling with SAD during the pandemic. In addition to talking regularly with a therapist or other mental health provider, basic self-care activities such as eating healthy and regular exercise can alleviate symptoms. In addition, increasing daily exposure to sunlight — even through simple methods such as moving a desk next to a window — can be beneficial in curbing SAD symptoms.

Duckworth notes one treatment that is uniquely suited to treating SAD is light therapy, where people use light boxes to replicate the impact that sunlight has on the human body. The light boxes used for this therapeutic function are around 10,000 lux, and prolonged exposure to them for around 30 minutes can help maintain a more positive mood and healthier circadian rhythm. It’s also important to keep up social connections during the winter, even if only through virtual methods. Duckworth says that interacting with people and staying engaged can have a positive impact on both pandemic and seasonal induced depression.

Wright recommends that people who tend to experience SAD plan ahead this year and take measures now, before they begin feeling symptoms. By finding ways to maximize time outside or change their daily routine to take into account the impact the season has on them, people can prevent a rise in SAD symptoms before it occurs.

“Just be really mindful about it, and think about how you can prevent it from happening as opposed to when you’re already feeling down in the dumps,” Wright says. “Because when you are down, it’s really hard to identify solutions.”