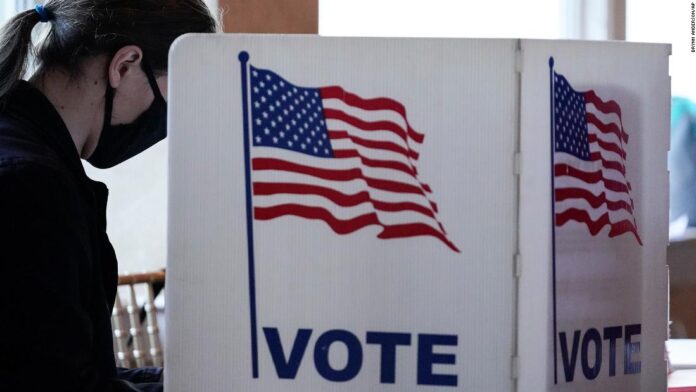 The investment bank pointed to Joe Biden’s narrow polling leads in Arizona, Florida, Georgia and North Carolina. A Biden win in any of these Sun Belt battleground states would make President Donald Trump’s path to reach 270 electoral votes very difficult — and unlike some Rust Belt states, these four have already begun counting the surge of mail-in ballots.
“Since these states are likely to report results quickly, there is a good chance the presidential election outcome will be clear on election night,” Goldman Sachs economists wrote in a note to clients Tuesday.
In other words, if Biden wins any of those Sun Belt states, the market may have enough information to conclude that the Democrat will ultimately become the next president.
Raymond James strategist Ed Mills has similarly argued that Wall Street is very likely to declare the winner of the election before news networks.
An early verdict on the presidential election should ease Wall Street’s top fear: chaos in which one or both candidates contest the results. The vast majority, 83%, of portfolio managers surveyed by RBC Capital Markets say a contested election would be either bearish or very bearish for stocks. Just 2% see that scenario as bullish.
However, if Biden has a poor showing in the Sun Belt, the outcome could remain uncertain for some time.
“If President Trump wins these Sun Belt states, the contest will hinge on Pennsylvania, Michigan and Wisconsin,” Goldman Sachs economists wrote, adding that it will likely take days to get results from Pennsylvania and Michigan.
At the same time, investors are eager to learn whether Democrats retake control of the US Senate, setting the stage for massive fiscal stimulus, infrastructure spending and higher taxes.
“The Senate majority is likely to become clear on election night, but not the exact margin,” Goldman Sachs wrote in the report.
The seats where Republicans are trailing or in a dead-heat also happen to be in states that should report results quickly: Colorado, Arizona, North Carolina, Maine, Iowa, Georgia and Montana, Goldman said.
But it could take time to learn the ultimate breakdown in the Senate because of potential runoffs in Georgia and delayed ballot counting in Michigan and Alaska.