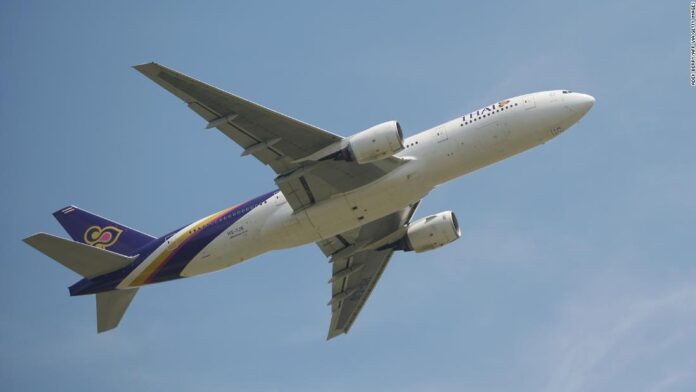 (CNN) — Nervous travelers have often found themselves praying on board a plane.

But a new flight offering from Thai Airways plans to feature in-flight spirituality in a very different way.

The airline will fly a one-off flight dubbed the “THAI Magical Flying Experience Campaign” over some of Thailand’s holiest Buddhist religious sites, with passengers reciting mantras along the way.

Thai Airways’ sightseeing “flight to nowhere” will last for three hours on November 30 and fly over some 99 Buddhist sites around the country.

The plane will take off from Bangkok and travel over Ayutthaya, Sukothai, Chonburi, Surat Thani and other destinations. In total, passengers will fly over 31 of Thailand’s 77 provinces before returning to the Thai capital.

Thai Airways’ ‘flight to nowhere’ will fly over 31 provinces, including historic Ayutthaya.

On board, Dr. Khata Chinbunchon, a celebrity fortune teller and religion history expert, will lead the in-flight chanting of Buddhist mantras.

Wiwat Piyawiroj, a vice president at Thai Airways, said in a statement that the flight is intended to fall under the Thai government’s plan to boost domestic tourism in the country.

Thailand, like many other places around the world, has experienced a significant decrease in tourism revenue amid the global coronavirus pandemic.

While sightseeing flights in places like the Grand Canyon and the Nazca Lines have existed for a long time, the “flight to nowhere” is a more recent fad. As airlines struggle to recoup their losses and travelers are hemmed in by closed borders, these sightseeing flights have become an option to meet in the middle.
And it’s not only flights that travelers miss. Singapore’s tourism board has announced two “cruises to nowhere,” which make zero port calls and operate at half capacity.