Home Sport AJ on Wilder’s outburst: He admitted the truth 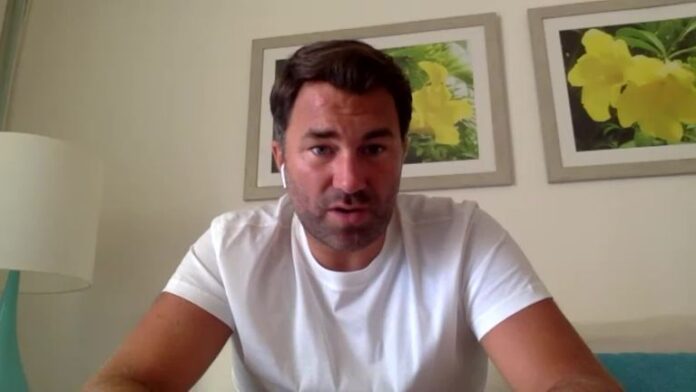 Anthony Joshua insists Deontay Wilder has finally revealed “the truth” about not accepting a deal to fight – and has criticised his rival who “dragged my name through the mud”.

Joshua and Wilder were rival undefeated champions from 2016 to 2019 and were seemingly on a collision course but a fight with every major heavyweight belt at stake never materialised.

A tweet from former WBC champion Wilder aimed at Tyson Fury at the weekend said: “You know I was offered more money to fight Joshua than I was getting to fight you. Again being a man of my word, I fought you.”

I thought AJ ducked you? 🥴 https://t.co/GaJIN7ak6v

“It’s hard because at the time when people are talking and you see lots of media stuff, you start to believe what that person is saying.

“When time goes by, naturally the truth will always reveal itself.

“I get a lot of stick but I take it with a pinch of salt.

“He admitted it. We made him a lucrative offer but he wanted to face Fury.

“But he dragged my name through the mud.

“While Wilder was trying to make me look like a bad person, that I didn’t want to enhance the sport, or fight certain fighters, I just had to roll with the punches.

“He has come out and said it himself. We offered him a really good deal but he wanted to fight Fury.

“People can take it how they want, and see what the truth is now.”

Joshua will defend his IBF, WBA and WBO heavyweight titles against Kubrat Pulev on December 12, live on Sky Sports Box Office, and has agreed financial terms to two fights against Fury in 2021 to decide an undisputed champion.

Fury ended Wilder’s unbeaten reign as WBC champion in their second fight but has turned his back on a trilogy, claiming that his rival wanted to delay it until 2021.

Fury instead plans a fight in London on December 5 but hasn’t finalised an opponent – Dillian Whyte is “a phone call away,” promoter Hearn says.

But Wilder broke his silence on Saturday night, telling Fury: “It is time for you to be a man and honour your agreement.

“What is this [expletive] of you fighting Carlos Takam instead of me, you got to be kidding.

“When you were going through your darkest time, I told you that if you got yourself together I would give you a title shot. Being a man of my word, I gave you the title shot.

“In the rematch agreement, there was a rematch clause. Now it is time for you to be a man and honour your word, instead of trying to weasel out of our agreement. Scared people run but a scary man will break his contract, you coward.”

Whyte, whose rematch against Alexander Povetkin has been postponed until 2021, has criticised Wilder’s conduct.

Wilder initially blamed a 40lbs ring-walk costume for tiring out his legs prior to facing Fury.

He then accused his rival of wearing doctored gloves – the WBC have backed Fury’s denial.

More recently Wilder has called the trainer who threw in the towel on his behalf, Mark Breland, “disloyal” and ditched him from the corner.

Whyte said about Wilder: “I don’t think we’ll see him in the ring ever again.

“He’s a coward and a disgrace.

“The behaviour he’s shown and the way he’s acted, blaming everyone apart from himself, getting rid of the only person in his corner who knows anything about boxing? It’s weird.

“I didn’t give one excuse after my defeat.

“I went straight back into training and started working on what I did wrong.”

Can Wilder ever regain a world title?

“He won’t get a shot at the world title until 2022 onwards because [Joshua is] going to have two fights [with Fury] next year if we beat Pulev.

“Maybe he is done. You wouldn’t hold it against him. But I don’t understand the situation.”