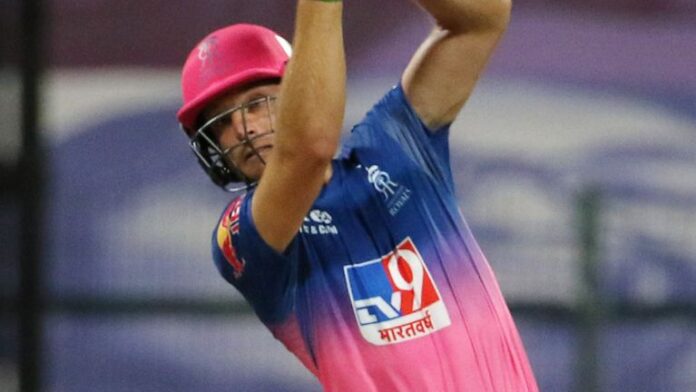 No opener in Indian Premier League history has scored more runs at a higher average and a higher strike rate than England’s Jos Buttler – and that list includes the likes of Chris Gayle, Brendon McCullum and David Warner – so why did he drop down the order for Rajasthan Royals?

And so another season ends in disappointment for the Rajasthan Royals, whose sole experience of IPL success still dates from the inaugural season of the competition back in 2008.

To last year’s seventh-place finish they can add last place this year, despite their influx of England talent in the forms of Ben Stokes, Jofra Archer and Jos Buttler.

Buttler’s position in the team continues to provide a conundrum to the selectors and having been a permanent fixture at the top of the order, he was shifted back down to the middle order for the second half of the season to try to resume his role as a ‘finisher’ at the end of the innings.

It was with the Mumbai Indians in 2017 that Buttler was first promoted to open the innings, with the coach Mahela Jayawardene reckoning that his big-hitting talents might be better served in the powerplay overs rather than waiting until later on the team’s innings.

He only passed fifty on one occasion in his ten innings, but he often produced shorter cameos which ensured his side did not get stuck in the first six overs.

It was the following season when Buttler’s promotion up the order brought immediate dividends to his new employers the Rajasthan Royals. He struck five successive fifties which propelled him to the top of England’s order that summer, where he has remained ever since, with excellent results in all Twenty20 international cricket.

Buttler’s IPL returns echo his international form, with far better results at the top of the order where he has been able to take advantage of the fielding restrictions. No opener in IPL history has scored more runs at a higher average and a higher strike rate than Buttler, and that list includes Chris Gayle, Brendon McCullum and David Warner.

These statistics continue to beg the all-important question in Twenty20 cricket of: “Where should your team’s best batsman bat?” The further question to be asked is whether the Royals consider Buttler to be their best batsman?

This season they have been awash with middle-order options in the form of Stokes, Steve Smith, Rahul Tewatia, Robin Uthappa, Riyan Parag and Sanju Samson without a clear idea as to who their best opening combination should be – or in fact who should bat where.

This season, they tried five different opening pairs, with an average of just 23.50 runs per partnership – the third-worst of the eight teams. Ironically, it was Buttler’s England team-mate Ben Stokes – who had only previously opened in five Twenty20 matches – who proved to be the most successful at the top of the order, with 285 runs at an average of 40.71 and a strike rate of 142.50.

More so than in any other form of the game, the batsmen at the top of the order in Twenty20 cricket face the most deliveries. Here is a list of the percentage of deliveries faced by each batsman in each Twenty20 team’s innings since the start of the format back in 2003.

As can be seen, the top three batsmen face just over half of the deliveries in a Twenty20 innings, which pro-rates to 61 deliveries per 120-ball innings. This suggests a clear idea of getting your best batsmen in first. The average No 5 batsman faces just 14 deliveries and No 6 just 10 deliveries which suggests pencilling in an international-class batsman that low is a waste of their talent.

Shane Warne – who led the Royals to that IPL victory in 2008 and is now their mentor and brand ambassador – was in no doubt where the England wicket-keeper should be batting: “I think Buttler should definitely be opening. I think Ben Stokes can do a job opening the batting, but I would like Ben in the middle overs – that’s where he has played all of his cricket and done really well.

“That’s not to say Stokes can’t open, but Jos Buttler to me – if you’re picking a world XI, the first one pencilled in is at the top of the order, No 1, is Buttler. I’m not sure why they’ve gone away from that. I think Jos has to bat at the top.”

Pretty clear then from a man who knows a bit about winning cricket matches.

Of course, there are exceptions to the rule. MS Dhoni has played a total of 331 Twenty20 matches in his career and has never opened, and has only batted at three on a total of 13 occasions. However, he has made his name and fortune on being able to win games for his side, especially batting second when he averages 53.03 in victories.

The Royals flew out of the blocks this season, reading the conditions in the UAE well. However, in their third game against the Knight Riders they failed to chase down 175 to win and their momentum disappeared.

Their problems ran deeper than their inability to work out where best to bat Buttler, as they were unable to back-up Jofra Archer’s brilliance with the ball (and bat on occasions!). Archer took 20 wickets in the season, and the other seven pacemen for the Royals could muster only 21 between them.

So Buttler’s predicament was symptomatic of the Royals’ disappointing season overall, with their captain Smith unable to string a consistent run of scores together, and he also missed a few tricks with his captaincy too, appearing clueless in the face of an AB de Villiers onslaught for RCB at Sharjah.

They will be hoping for better when the IPL action hopefully returns to the Indian subcontinent next spring.

Live coverage of the Dream11 Indian Premier League continues on Thursday at 1.50pm on Sky Sports Cricket with the play-off clash between Mumbai and Delhi.