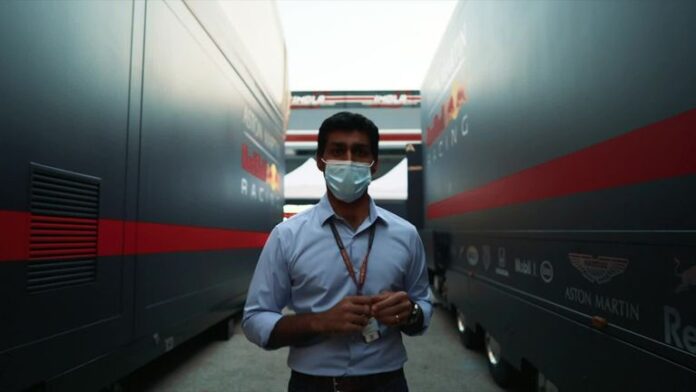 Red Bull and Honda protege Yuki Tsonoda completed the 300km towards F1 superlicence in wet and dry conditions at Imola; Tsunoda, third in the F2 standings, is being evaluated for a possible AlphaTauri drive in the 2021 season next to Pierre Gasly

Japan’s Yuki Tsunoda has made his debut behind the wheel of a Formula 1 car ahead of a possible full-time drive with AlphaTauri next year.

The F2 driver, who is third in the feeder series’ standings, completed a first test at Imola with the team’s 2018 car on Wednesday amid changeable conditions.

Tsunoda, 20, is a member of Red Bull’s young driver programme and also backed by Honda, who supply engines to both AlphaTauri and Red Bull until the end of next year.

The Imola test was used in part for Tsunoda to complete the 300km of running in an F1 car towards qualifying for a superlicence, which he duly racked up.

Putting in the laps 💪 @yukitsunoda07 pic.twitter.com/VRLSTAiSiX

“Today’s session, my first time in a Formula 1 car, was great fun,” said Tsunoda, who completed 350km in wet and dry conditions at the venue for last week’s Grand Prix.

“It was a whole different world to the F2 car I am racing this year, especially in terms of the increased power and also the braking performance. I didn’t worry about my lap times, I just focused on getting used to the F1 car and completing the 300 kilometres. I’m pleased to have managed it.

” I did a lot of physical training to prepare for this, but even so, I was a little bit tired at the end of the day, but very happy with the experience.”

Ready to jump into the days action 💪 We’re back at Imola with @AlphaTauriF1 and @yukitsunoda07 👊🇮🇹#PoweredByHonda pic.twitter.com/vytGMFsEtE

Team boss Franz Tost said the Japanese driver’s pace when on dry tyres was “quite impressive”, adding: “In his last run, he did a race simulation and he was very consistent, which is clear evidence he had everything under control.”

AlphaTauri have not confirmed any practice outings over the remainder of this season for Tsunoda, but that is now possible.

But they have already said that the 20-year-old will be in the current AT01 for a one-day young driver test which takes place after the end of the season in Abu Dhabi next month.

Who’s in the running for the second AlphaTauri seat?

There is one drive up for grabs at Red Bull’s second team next season next to Pierre Gasly, whose 2021 deal was confirmed last week.

Daniil Kvyat, the 26-year-old Russian, is Gasly’s current team-mate but his chances of staying for 2021 have appeared shaky for some time. However, Kvyat enjoyed his best weekend of the season at Imola last weekend, qualifying eighth and finishing fourth.

Tsunoda has been considered the front-runner for the seat but Alex Albon could also come into contention if he does not retain his position at Red Bull’s senior team for 2021.

Speaking about Tsunoda’s chances during the Emilia-Romagna GP, Tost told Sky F1: “We will see. It has not been decided yet.

“Yuki doesn’t even have the superlicence. First of all, Yuki must do a good job in Bahrain hopefully he can keep his third position in the Formula 2 championship. Then afterwards we have the young driver test in Abu Dhabi, and then we will decide.”

Tsunoda must retain a position in the top four of the F2 standings to gain the necessary points to automatically qualify for a full F1 superlicence for 2021. Two rounds and four races remain across a double-header in Bahrain, starting at the end of this month.