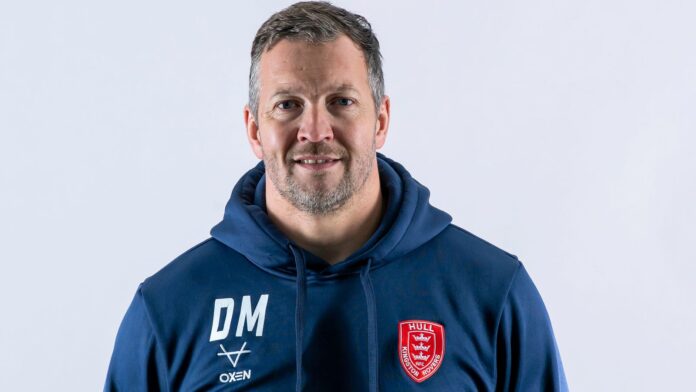 The former Leeds and England half-back spent two seasons as a player with Rovers after ending his 17-year career with the Rhinos in 2017, and was appointed as Hull KR’s first head of recruitment after retiring at the end of last season

McGuire, Super League’s all-time leading try-scorer, spent two seasons as a player with Rovers after ending his 17-year career with the Rhinos in 2017 and was appointed as the club’s first head of recruitment on his retirement 12 months ago.

Now 37, McGuire will combine his recruitment role with a position on the coaching staff, filling the vacancy created by the move of Willie Poching to Wakefield.

The announcement was one of the first to be made by Rovers’ new chief executive Paul Lakin, who started work this week.

“I can’t wait,” McGuire said. “I was doing some coaching with the academy and scholars and I absolutely loved it.

“Once you’ve been in that environment on the field and then step away from it to an office I missed it, I felt like I’ve got something coaching-wise to give back.

“I’m going to do the recruitment alongside Paul and Tony. I’ve still got loads to give there, I’m still going to give all I can to help with the academy as well.”

Hull KR have ended their season early after reporting several positive COVID-19 tests and are guaranteed to finish bottom of Super League, a situation McGuire is determined to change.

“We want to improve,” he said. “We don’t want to be languishing at the wrong end of the league.

“The standards need to improve and hopefully I can help with that in regard to the coaching side of working with the players.”