Home World JPMorgan CEO speaks out on US election 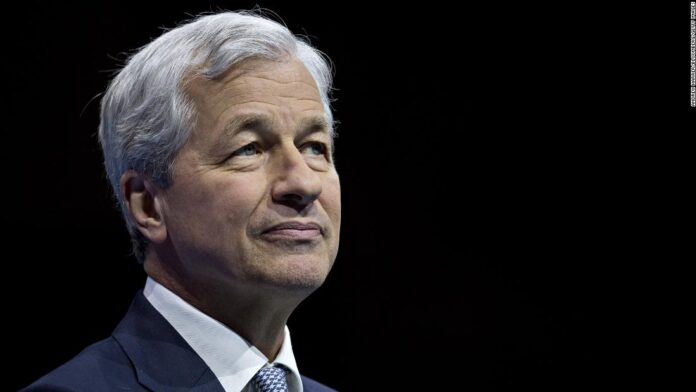 “While strong opinions and tremendous passion characterized this U.S. election, it is the responsibility of each of us to respect the democratic process, and ultimately, the outcome,” Dimon wrote in a memo to US employees Wednesday.
The JPMorgan (JPM) CEO expressed a “deep and abiding faith in the United States of America” and promised to work with leaders from both parties “no matter the outcome.”
The fact that Dimon, one of America’s leading CEOs, felt the need to express support for democracy is a telling reminder of the unusual nature of this election and concerns in Corporate America about the polarization of society. President Donald Trump has repeatedly cast doubt on the election process, falsely claiming it was “rigged” — long before vote counting even began.
Dimon’s comments came hours after Trump baselessly attacked legitimate vote counting and prematurely claimed victory. Trump claimed fraud, without basis, and called for the vote counting to stop.
Dimon, by contrast, preached patience.
“As we await the official results of the presidential, Congressional, and other state and local elections,” he said, “we must have faith in our electoral and judicial systems and have the patience and fortitude to await the final determination.”
Dimon added that once a final outcome is determined, “together we must move forward to address our nation’s challenges.”
“Let us all do what we can to strengthen our national union,” he wrote.
The JPMorgan boss was outspoken before the election, too. In late October, Dimon wrote a memo urging all Americans to respect the democratic process, especially the peaceful transfer of power.