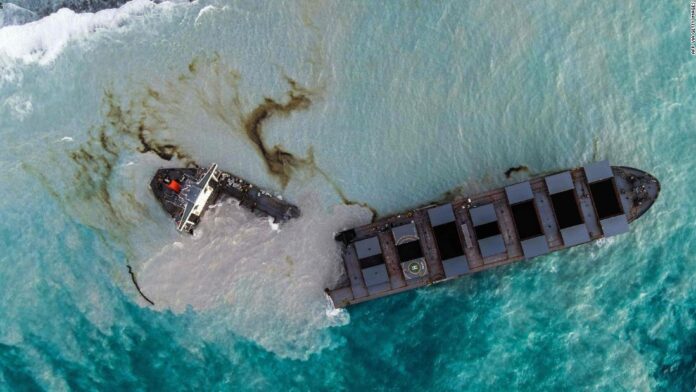 Of the roughly 1,000 tons that spilled from the Panamanian-flagged MV Wakashio, all of the oil that had been floating in the ocean had been recovered, Nagashiki Shipping said in a statement.
Work to remove the oil along approximately 30 kilometers (18.6 miles) of coastline was proceeding smoothly and would likely be completed by January, it said.
The vessel, chartered by Mitsui OSK Lines Ltd, ran aground on a reef in Mauritius on July 25 and began leaking oil on August 6.
The spilt oil had spread over a vast area of endangered corals, affecting fish and other marine life in what some scientists have called the Indian Ocean island’s worst ecological disaster.
Nagashiki Shipping also said the planned removal of the rear portion of the vessel would begin in late December and last several months. The front part was scuttled in August as instructed by local authorities.