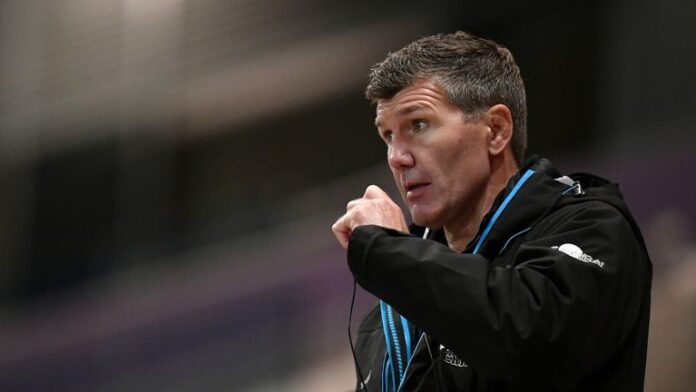 Leicester are scheduled to play their first game of the 2020-21 Premiership campaign at home to Gloucester on November 21; Premiership Rugby announced on Wednesday that 17 people from eight clubs had returned positive results

Leicester have stopped all training and closed the club’s training ground just under two weeks before the start of the new Gallagher Premiership season following an outbreak of Covid-19.

Tigers’ first game of the 2020-21 Premiership campaign is scheduled to be at home to Gloucester on November 21.

In addition to the players and staff who have returned positive tests, several other members of the squad and support team have been instructed to self-isolate after being identified as close contacts.

“Tigers have made the decision to pause all training commitments and close the training ground in a bid to maintain the integrity of the 2020-21 Gallagher Premiership season, as well as honouring our responsibilities to the Leicestershire community,” read a club statement.

“Leicester Tigers takes its responsibility to maintain high standards extremely seriously at this time and is confident in the measures in place.

“All players will now continue their pre-season programme alone in their household bubbles while the Oval Park (training) facility remains closed.

“Health, wellbeing and safety are paramount and all players and staff are being monitored by Tigers medical staff, in addition to their families being offered support where necessary.”

Leicester, who finished second bottom last season, intend to carry out additional testing of all players and staff on Friday ahead of Monday’s weekly testing in line with Premiership Rugby guidelines.

How many Covid-19 cases across Premiership teams?

The closure of Leicester’s training ground comes after Premiership Rugby announced on Wednesday that 17 people from eight clubs had returned positive results for coronavirus in the latest round of pre-season testing.

Out of 718 people tested on November 2, eleven players and six members of staff across eight clubs tested positive for the virus.

It was the second week of pre-season testing following the initial screenings on October 26, which returned 11 positive results from five different clubs out of the 520 tested.

Seven clubs participated in the first round of testing, nine in the second, and all 12 clubs are expected to take part in the next round of screenings.

The 2019-20 Premiership season only finished last month after it was delayed due to the coronavirus pandemic.

Wasps reached the final against Exeter but were without 11 squad players due to positive Covid-19 tests and close contact protocols.

There had been fears Wasps would have to forfeit their place in the final, but they were cleared to play in the week building up to the showdown at Twickenham.

Exeter ran out narrow 19-13 winners over Wasps on October 24 to claim the double after their Champions Cup triumph a week earlier.