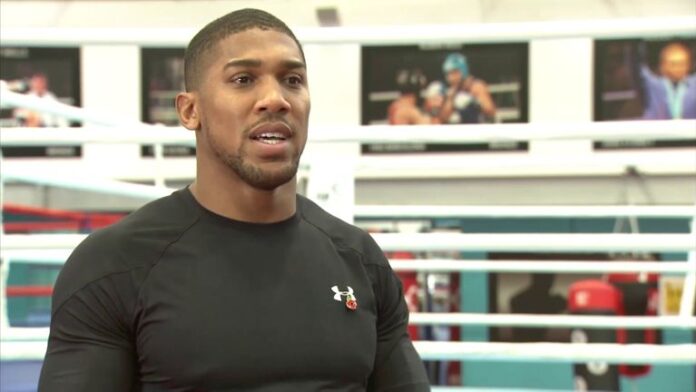 Anthony Joshua: “Fighting for the WBC would be an honour. It’s a prestigious belt, it’s one that I’m keen on getting my hands on”; AJ faces Kubrat Pulev on December 12, live on Sky Sports Box Office

Anthony Joshua has warned “I’m keen on getting my hands on” Tyson Fury’s WBC belt to become undisputed heavyweight champion.

IBF, WBA and WBO title holder Joshua plans two fights with Fury in 2021 with every major divisional title at stake.

“When the time is right, the opportunity will present itself.”

Joshua had previously responded to a tweet from former WBC champion Deontay Wilder by insisting his rival “admitted the truth” about their failure to agree a fight.

Wilder sent a tweet to Fury saying: “You know I was offered more money to fight Joshua than I was getting to fight you. Again being a man of my word, I fought you.”

Joshua has now said: “New information has surfaced to say that we had a big interest in competing for that title.

“When the WBC talk comes around? Hopefully people understand that: ‘Joshua is serious’. Which I am.”

Joshua must first defend his titles against Kubrat Pulev on December 12, live on Sky Sports Box Office, a week after Fury plans his UK homecoming.

Pulev has only ever lost to Wladimir Klitschko and has since beaten Derek Chisora and Hughie Fury.

“He’s not a social media famous boxer – that’s where a lot of people get their credibility in this day and age,” Joshua said.

“In terms of what he stands for? What he represents? He has been around a long time. He knows his way around the ring.

“He possesses a challenge. He wants the titles and he wants to beat me.

“That’s what he possesses – hunger and motivation. I’ve got to take away that motivation and suppress that confidence.

“That’s how you beat somebody, by breaking their soul.”