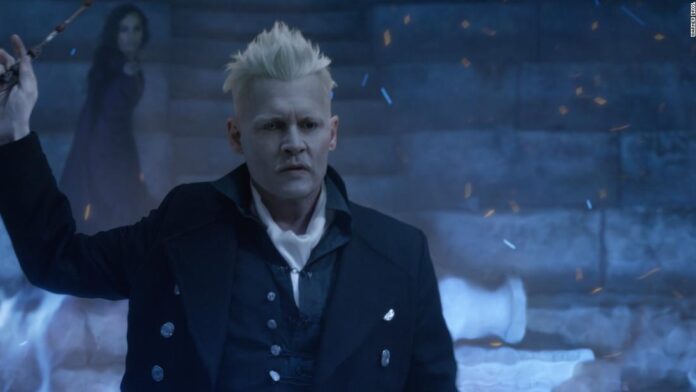 Actor Johnny Depp will no longer play the villainous dark wizard at the center of the action in the “Harry Potter” prequels, Depp and Warner Bros. Pictures announced on Friday.
“I wish to let you know that I have been asked to resign by Warner Bros. from my role as Grindelwald in Fantastic Beasts and I have respected and agreed to that request,” Depp wrote in a statement posted to Instagram.
A spokesperson for Warner Bros., which like CNN is owned by WarnerMedia, confirmed the news.
“Johnny Depp will depart the Fantastic Beasts franchise. We thank Johnny for his work on the films to date,” a Warner Bros. spokesperson said.
The studio said the third movie in the franchise, which stars Eddie Redmyane, is currently in production and scheduled to debut in summer 2022.
Depp earlier this week lost a libel suit against the publisher of Britain’s The Sun newspaper over the publication’s claims that he was an abusive husband.
Depp made reference to this judgment in his statement, saying he plans to continue his legal fight.
“The surreal judgement of the court in the U.K. will not change my fight to tell the truth and I confirm that I plan to appeal,” he wrote. “My resolve remains strong and I intend to prove that the allegations against me are false. My life and career will not be defined by this moment in time.”
Depp debuted in the role in Gellert Grindelwald at the end of the first “Fantastic Beasts” film but played on a much larger part in the second one, which charts the wizard’s rise.