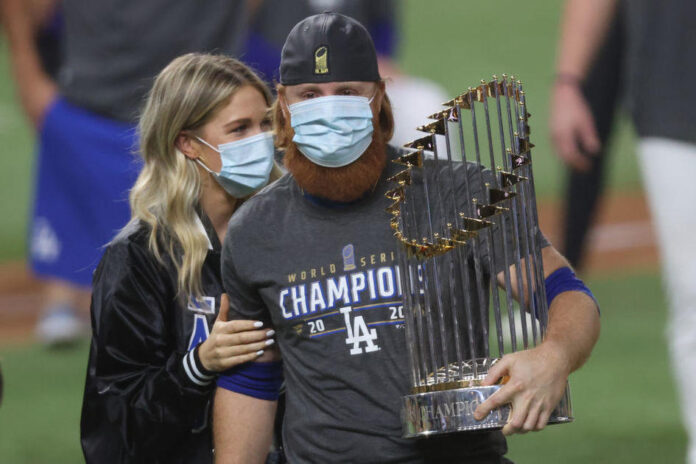 Major League Baseball on Friday said it would not punish Los Angeles Dodgers star Justin Turner for returning to the field and celebrating his team’s World Series win after testing positive for coronavirus. After an investigation, the league said Turner apologized and it will not pursue any further action against him.

“We all have made mistakes as we navigated these unprecedented challenges and have tried to learn from those mistakes so they are not repeated. With this in mind, I am closing this matter by applauding Justin for accepting responsibility, apologizing and making a commitment to set a positive example going forward,” Manfred said in a statement.

Turner was removed during Game 6 of the World Series and was told to isolate after a positive test for COVID-19. After his team won the championship, Manfred said Dodgers teammates encouraged him to leave the isolation room and return to the field for a photo. According to the MLB, teammates felt they were already exposed to Mr. Turner and were “prepared to tolerate the additional risk.”

The commissioner said Turner believed he received “permission” from a Dodgers employee to return and take a picture with the team, but it was a “product of miscommunication.” Mr. Turner was also “incorrectly told by an unidentified person” that other players tested positive and he was being singled out to isolate, Manfred said.

Manfred appeared to take responsibility, saying the MLB “could have handled the situation more effectively” and having a security person assigned to monitor Turner.

In a statement on Friday, Turner said winning the World Series was a “lifelong dream” but said he would “not make excuses” for his conduct. He said he wanted to take a picture with his wife on the field and assumed team officials did “not object.”

“I sincerely apologize to everyone on the field for failing to appreciate the risks of returning to the field,” he said. “I have spoken with almost every teammate, coach, and staff member, and my intentions were never to make anyone uncomfortable or put anyone at further risk.”