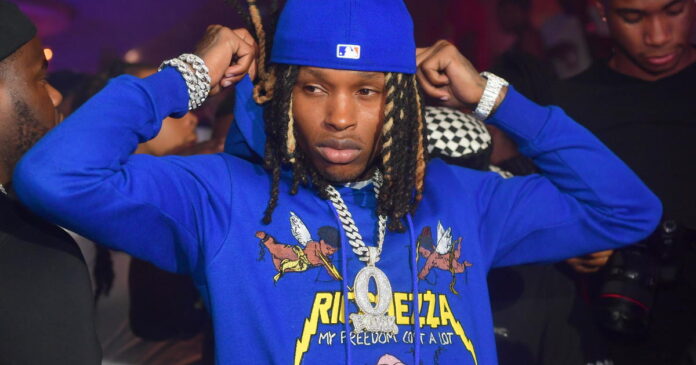 King Von, an emerging Chicago rapper, was among three people killed in a shooting in Atlanta early Friday, authorities said. The shooting left three others hospitalized with injuries.

The 26-year-old rapper, whose real name was Dayvon Bennett, was visiting Atlanta’s Monaco Hookah Lounge around 4 a.m. Friday when his group was approached by two men. What began as an argument shifted into a gunfight, according to a report from the Georgia Bureau of Investigation, which is investigating the shooting.

Officers with the Atlanta Police Department responded to the scene. Two officers opened fire at two locations, the bureau said. No officers were wounded in the incident.

The police department said its officers did not kill the rapper. “At this time, our investigators believe Mr. Bennett was shot during the initial shootout between the two groups of males, prior to police responding and attempting to stop the shooting,” the department said in a statement to CBS News.

His label, EMPIRE, issued a statement mourning the rapper. “He was a loving father, dedicated member of his community and an amazing talent that just started to scratch the surface of his boundless potential,” the statement said. “Von overcame incredibly challenging circumstances as a young man, but never lost sight of what it meant to give back and uplift his community.”

The loss of King Von hits the rap community especially hard because he was expected to have a breakout year. After signing to EMPIRE’s music label last year, King Von dropped three successful projects, one of which, “Welcome to O’Block,” was released on October 30. The project currently sits at No. 34 on Rolling Stone’s daily chart rankings. The magazine called him an “undeniable streaming favorite.”