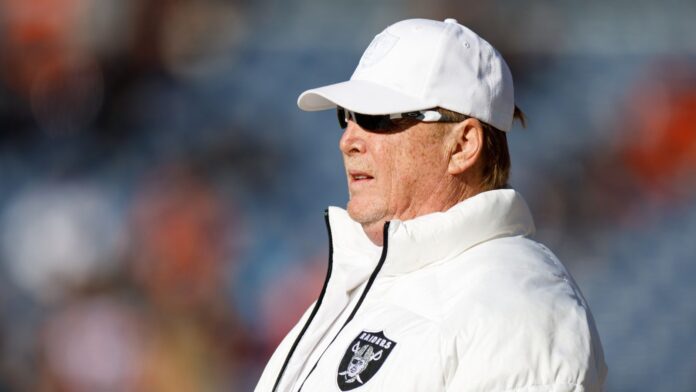 The NFL stripped the Raiders of a 2021 sixth-round draft pick and fined them $500,000, while coach Jon Gruden was fined $150,000 after the league placed the team under its “intensive protocol” measures following offensive tackle Trent Brown’s positive test ahead of a game against the Tampa Bay Buccaneers.

It is the NFL’s harshest penalty to date for a violation of COVID-19 protocols, with the Raiders the first team to lose a draft pick.

Davis told ESPN: “The fines are draconian, but we will appeal them. Outside the organisation, people have the wrong impression about the Raiders. We take it seriously.

“It’s unfortunate that certain things outside the protocol are the things being focused on, rather than the positive steps we’ve taken as an organisation.”

This is the fourth incident in which the franchise has been penalised, with the total amount of fines now reaching $1.2m, according to reports.

Previously, Gruden and the club were fined $100,000 and $250,000, respectively, due to Gruden’s failure to follow proper face-covering protocol.

In a separate incident, quarterback Derek Carr and tight end Darren Waller were among 10 players fined for not following protocol at a charity event in which they were seen in photographs and video without masks.

Speaking ahead of their week nine game against the Los Angeles Chargers, Gruden said: “I’m just going to say I’m very proud of our organisation, how we’ve handled this entire protocol and this entire process and I’m not going to comment any further than that.”

Ravens ‘optimistic’ of getting players back for Colts clash

The Baltimore Ravens are hoping to have a number of key players back from the reserve/COVID-19 list in time for Sunday’s match against the Indianapolis Colts.

While All-Pro cornerback Marlon Humphrey will miss the contest after testing positive for COVID-19 on Monday, starting outside linebacker Matthew Judon has been activated from the reserve/COVID-19 list, and head coach John Harbaugh is “optimistic” that Judon won’t be the only one.

Inside linebackers Patrick Queen, L.J. Fort and Malik Harrison, outside linebacker Tyus Bowser, safety DeShon Elliott and practice squad cornerback Terrell Bonds are still isolating after they were deemed to be close contacts with Humphrey.

But, if they remain asymptomatic and pass five consecutive days of testing, they will be allowed to participate in Saturday’s walkthrough and play on Sunday.

“I am optimistic about all of them,” Harbaugh said on Friday. “I have not heard anything about any symptoms at this point.”

All the self-isolating players participated virtually in the team’s meetings and workouts from home and Harbaugh is hoping they will be ready to go.

“Well, I think we’ll find that out,” Harbaugh said. “It’s impossible to predict that. You see guys, sometimes they don’t practice all week and they come out and play the best games of their career. Other guys struggle or might miss something. I don’t spend a lot of time being anxious about that because it’s really a waste of time.”