Home World Did the Great Wall of China Actually Keep Invaders Out? 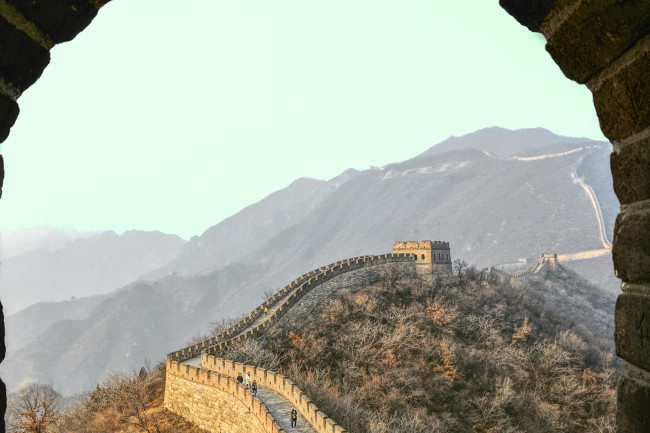 Imagine that you’re a member of the fearsome Mongol cavalry: Mounted on horseback, equipped with the era’s ultimate weapons technology — a bow and arrows — and the skills to wield them with deadly effect. You’re part of one of the most devastating military forces of its time, seizing and burning cities, toppling empires. Now you’re galloping over the plains of northern China toward the wealthy cities of the Ming dynasty.

But…in the distance looms a massive obstacle, something your ravening horde can neither burn nor topple. You smash against its gray bulk like waves against the shore, your weapons and skills counting for almost nothing as you are turned back by the implacable reality of stone and mortar. Unless you’re dead, you retreat. And as you retreat, you wonder: What just happened?

In fact, it’s still happening. Many hundreds of years later, The Great Wall of China remains one of the most impressive structures ever built. Stretching thousands of miles long, the wall runs through mountains, plains, deserts and more, defending China’s historic northern border from invaders. The wall was built over the course of more than 1,500 years as different dynasties repaired existing fortifications and built new ones.

Actually, it might better be known as walls, plural. The Great Wall of China is really a conglomeration of several different fortifications, many of which run parallel to each other. The wall’s length also includes natural barriers, such as mountain ridges and rivers. 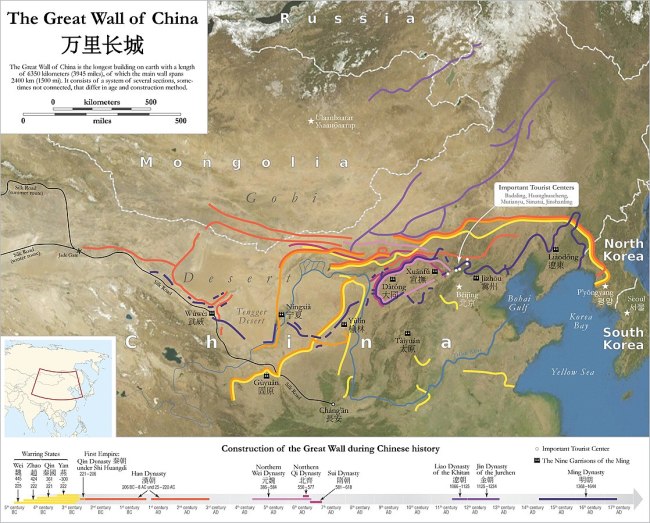 Nevertheless, China’s Great Wall is a feat of engineering, and a testament to the wealth and sheer willpower of China’s historic rulers. Originally built to defend not only against nomadic Mongolian tribes but also other Chinese factions, the wall’s ultimate purpose would shift somewhat over time, scholars believe, coming to include non-military functions like the encouragement of trade.

Still, its primary goal — that of defense — is most obvious to us today. But the wall, expansive and imposing though it may be, was not always the militaristic trump card it appeared. Although certainly helpful in defending the Chinese homelands, the Great Wall proved at various times to be more permeable than we might think.

Chinese wall-building dates back to at least the 7th century B.C.E., but construction on what would become the Great Wall began during the reign of China’s first emperor, Qin Shi Huang in the 3rd century B.C.E. Over the course of roughly a decade, the emperor’s laborers linked together existing fortifications to create a wall several thousand miles long to protect against the nomadic Xiongnu to the north.

In the first century C.E. the Han dynasty strengthened the wall, adding regularly spaced beacons and forts to aid surveillance of the surrounding countryside. Various rulers throughout the next millennium added their own contributions, gradually extending the wall’s breadth. In part because of the piecemeal nature of its construction, the wall is made of many different materials and building styles, from impressive stone fortifications to mud bricks and simple ramparts of packed dirt. Ultimately, it wasn’t until the Ming dynasty, in the 14th century, that the wall came to resemble what we see today.

The Ming emperors undertook a massive construction effort to expand, repair and garrison the wall, adding long sections of crenellated stone walls more than 20 feet high. These sections feature prominently in photographs of the Great Wall, and they’ve defined the wall’s modern image.

The main reason for the wall’s construction had always been defense. Since China’s first dynasty, the empire faced a near-constant threat of attack from the nomadic tribes to the north. This included those famed Mongols as well as lesser-known groups like the Xiongnu and the Göktürks. Because invading armies often used cavalry, a wall provided a fairly solid impediment that was difficult to get horses across. It could also be used tactically, as in 1428, when a Chinese general was able to pin a group of invading Mongols against a section of the wall and defeat them.

The wall itself offered other advantages. The system of beacons and watchtowers could transmit warnings over hundreds of miles as sentries lit fires or shot cannons off one after another. In this way, the Chinese could effectively marshal troops over significant distances to repel invaders. The wall also made moving troops far easier, as its top served as a kind of road. 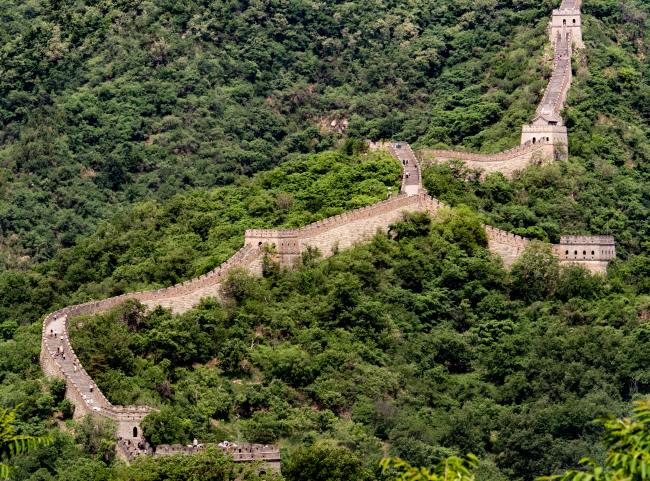 But the Great Wall was not always effective. Genghis Khan and his armies had no trouble invading Chinese territory, for example, nor did various other tribes from the north. In some cases, the invaders may have simply gone around sections of the wall; in others, they found more ingenious methods. The Tanguts, in 1002, were able to cross the wall easily by filling in trenches along its length when they noticed the guards of the Song dynasty weren’t paying attention.

That incident points to a key weakness in the Great Wall: Defensive fortifications are only as good as the people manning them. This would prove true on more than one occasion during the Great Wall’s history. For example, in 1644, the Ming dynasty was betrayed to invading Manchu forces by a turncoat general who simply let the enemy army in through a gate.

Military uses aside, the Great Wall likely proved beneficial in other ways. Some scholars have suggested it helped to foster trade networks like the Silk Road by promoting stability in the region. It also helped to protect settlers moving outward from the heart of the empire. Another use may have been to control flows of people to and from the Chinese empire — keeping unwanted immigrants out and preventing citizens from leaving.

Even today, the Great Wall still stands a reminder of the vast wealth and sheer size of the various Chinese dynasties through the ages. It took millions of men to build the wall, many of whom died during its construction. Rulers spent lavishly to ensure the wall remained repaired and garrisoned, and to extend it when needed. In fact, the wall’s sheer stature may be the most powerful argument of all for its usefulness. If nothing else, it certainly begs the question: Why continue to build something so huge if it didn’t work?