Home Sport Ortiz is back with KO in 45 seconds 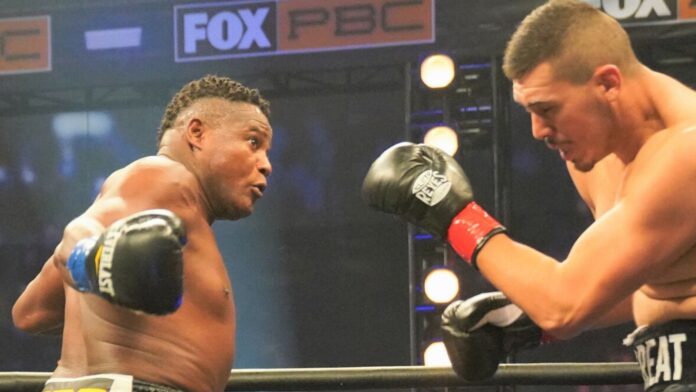 Luis Ortiz edges closer to a shot at Tyson Fury’s WBC belt after swift victory over Alexander Flores in Los Angeles; Ortiz ends year-long absence from ring with first-round knockout to strengthen position as No 3 in WBC rankings

The world title challenger has returned following a second loss to former WBC champion Deontay Wilder, the only defeats of his career, and Ortiz made short work of Flores in Los Angeles.

Ortiz landed a glancing left hand that forced Flores into reverse and then a right hook to the body sent the Californian crumpling to the canvas.

Flores was unable to continue as Ortiz received a swift win that strengthened his position at No 3 in the WBC rankings, with Tyson Fury currently holding the WBC title.

Fury is expected to defend his belt against Agit Kabayel in December, while Dillian Whyte hopes to regain his status as mandatory challenger with a win over Alexander Povetkin in a rescheduled rematch in January.

Sanchez, who works with Eddy Reynoso, the same trainer as Saul ‘Canelo’ Alvarez, dropped Howard with a right hand in the third round.

The unbeaten 28-year-old then blasted Sanchez to the canvas on two more occasions in the fourth before the referee Jerry Cantu waved it off.