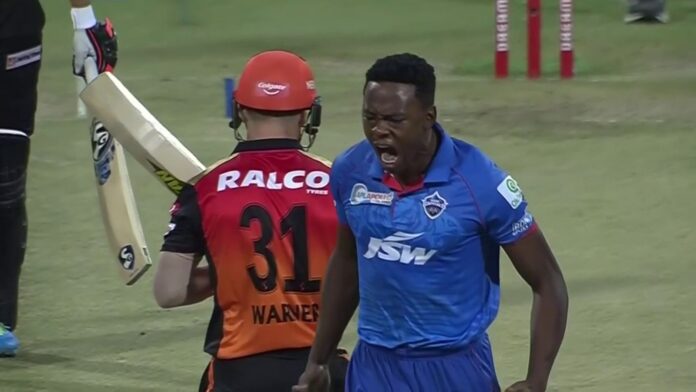 Delhi Capitals beat Sunrisers Hyderabad by 17 runs to reach their first IPL final with Kagiso Rabada, Marcus Stoinis and Shikhar Dhawan coming to the fore in Abu Dhabi; watch the final between Mumbai Indians and Delhi on Sky Sports Cricket on Tuesday

Delhi Capitals are into their first IPL final after beating Sunrisers Hyderabad in a closely-fought Qualifier 2 in Abu Dhabi.

Shikhar Dhawan’s superb 78 from 50 balls helped the Capitals up to 189-3 and after Kagiso Rabada had bowled David Warner with his first ball, the Sunrisers slumped to 44-3 in the chase.

However, Kane Williamson followed up his heroics in the Eliminator with another vital innings under pressure and it was only when he fell to Marcus Stoinis for 67 in the 17th over that the Sunrisers’ hopes began to fade.

Rabada then all-but sealed the win in the penultimate over, taking three wickets in four balls, and the Capitals held on to complete a 17-run win and set up a final against Mumbai Indians in Dubai on Tuesday.

Watch the IPL final in Dubai on Sky Sports Cricket and Sky Sports Main Event from 1.50pm on Tuesday.