Home Sport ‘I would have won’ – Koepka rues driver switch 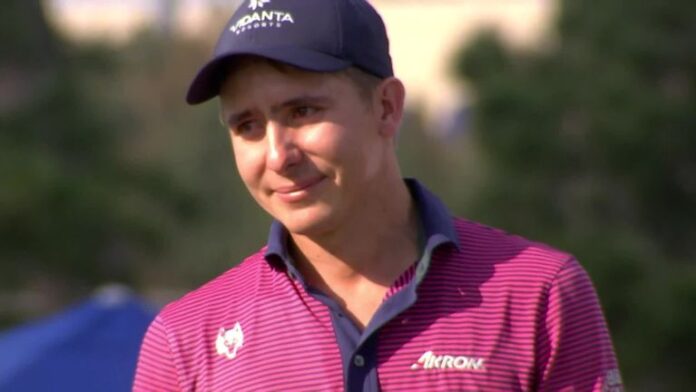 Koepka struggled in opening two rounds of Houston Open after switching to a new driver and only just made the cut; “The first two days that driver was terrible, just flat out. I don’t know why we switched…I know I would have won it if I just would have stuck with it”

Brooks Koepka believes he would have won the Houston Open if he hadn’t changed driver before the tournament.

Koepka struggled in the opening two rounds after switching to a new driver and only just made the cut.

But, after changing back to his previous driver, he finished with successive rounds of 65 to secure a tie for fifth, five shots behind winner Carlos Ortiz.

“The first two days that driver was terrible, just flat out. I don’t know why we switched,” said Koepka.

“It’s a shame. I know I would have won it if I just would have stuck with it.”

Despite the frustration with the driver, Koepka looked to be in good form ahead of The Masters, which starts on Thursday.

Koepka’s best finish at Augusta was a tie for second last year and he’s hoping to take some momentum into the final major of 2020.

“I played good the last two days,” he said. “It was nice, build some confidence I guess going into Augusta scoring well.

“The first two days, it’s a shame I put in a new driver. Never should have done that, probably cost me the tournament, but at the same time playing well, just got to play well next week.”