Home World Tesla just rolled out its own tequila. It’s already sold out 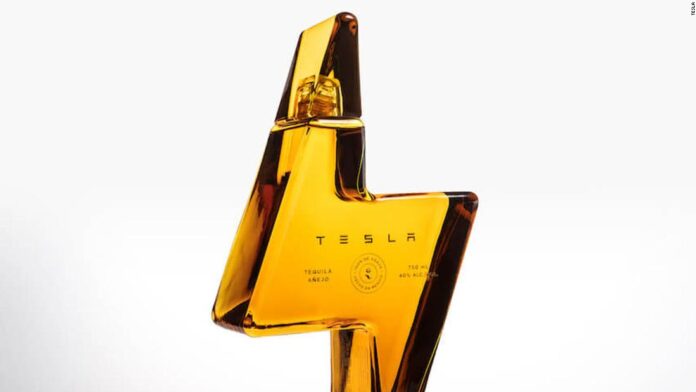 Musk’s electric automaker Tesla (TSLA) launched its own line of “Tesla Tequila” on Thursday, making good on the CEO’s promise for the company to start selling its own brand of liquor.
The drink, which retails for $250 on Tesla’s website, comes in a lightning-shaped bottle and is produced by Nosotros Tequila, a spirits brand in Southern California.
Supplies of the product quickly sold out on Thursday, even as orders were limited to two bottles each and only made available to customers in certain US states.
The project has been in the making for years. Musk had previously joked that the product was going to be called “Teslaquila,” and even had the company apply for a trademark on the name at one point.
In 2018, he also teased fans on Twitter with a photo of a purported prototype.
This is not the first time Tesla’s raised eyebrows with its choice of merchandise. Earlier this year, the company took to selling mini red gym shorts on its website, in a playful hit back at investors who had “shorted” Tesla, or bet that its stock would drop. Each pair was priced at $69.420.
Musk also made headlines this week by revealing how close the automaker was from bankruptcy at one point. In response to a question on Twitter, he said that Tesla was only “about a month” away from collapse when it was working to ramp up production for its popular Model 3 sedan from mid-2017 to mid-2019. Manufacturing for that vehicle has been notoriously difficult, with Musk calling the process “production [and] logistics hell.”
Those struggles aren’t reflected in its stock price, however. Tesla shares have been on a tear this year, shooting up more than 420%.
Last month, the automaker also reported strong earnings, announcing record profit for the third quarter and an intention to maintain its goal to sell 500,000 cars this year.